Good Saturday Morning!  It’s time for the weekly meme of On My Wishlist.  This meme allows us to dream and talk about what books we are hoping for.  Personally, since Santa comes to this house, what I have on my Santa List.  The meme is sponsored by Book Chick City, so head over there to sign up on her Mr Linky and then take some time to cruise through the blogs and see what other people are wishing for – and maybe find some more books to add to your wishlist!

This week I am wishing for the next two books in Nicola Cornick’s series. 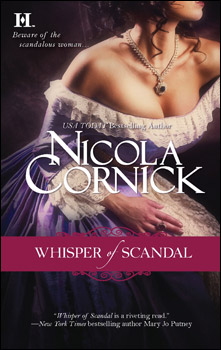 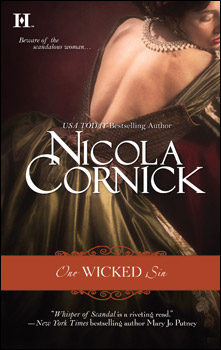 Whisper of Scandal and One Wicked Sin are the books that follow Mistress of Midnight which I have just read and loved!  I believe that they are both out and available, so Santa just needs to bring them 🙂

“Lady Joanna Ware is the darling of the Ton, a society hostess who has put behind her the misery of her unhappy marriage to a philanderer. Until her late husband bequeaths to her joint care of his illegitimate child…

Alexander, Lord Grant, is an explorer lauded as a hero and adventurer. He scorns the Ton and wants no family ties. Until his best friend bequeaths to him joint care of his illegitimate child…

Joanna and Alex disagree from the moment they first meet, so how are they ever to stay civil long enough to join forces and rescue the orphaned baby girl? Saving Nina takes them from the celebrity salons and balls of Regency London to the frozen wastes of the North Pole and tests both of them – and their emotions – to the very limit. For what will happen when their bitter hostility turns to an equally passionate desire?”

“Lottie Palliser was once the toast of the Ton but now is notorious for being divorced—and penniless. Shunned by society and disowned by her family, the destitute beauty is forced to become a courtesan in a Covent Garden bawdy house. Refusing to oblige her customers, Lottie is about to be turned out onto the streets when a dangerous rake saves her with a scandalous offer…

Ethan Ryder is the illegitimate son of an Irish Duke and a circus performer. He rose through the ranks as one of Napoleon’s most dashing cavalry officers—until his capture landed him in England as prisoner of war. Now on parole, Ethan is planning his most audacious coup yet. But he needs to create a spectacular diversion. And having infamous Lottie as his mistress will lull everyone into thinking he’s busily bedding her instead of plotting deadly treason. Both Lottie and Ethan believe that their cool heads and selfish hearts will give them the upper hand in their ruthlessly passionate union. Yet their unexpected bond will scandalize even them.” 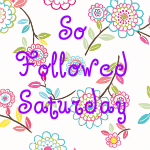 This meme is sponsored by Vi3tBabe.

Head over and sign yourself up and wander through the blogs and make new friends!  Happy Saturday 🙂