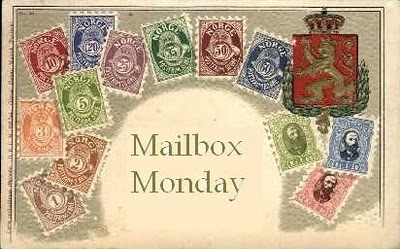 Thanks for joining me for Mailbox Monday! I also have a Valentine’s Giveaway ongoing.  Feel free to enter.
Mailbox Monday has turned into a touring meme.  Each month it is hosted at a new blog.  This way we can focus on learning about a new friend!  Next week, MM moves to the Library of Clean Reads for February.

Mailbox Monday is the gathering place for readers to share the books that came into their house last week. (Library books don’t count, but eBooks & audiobooks do). Warning: Mailbox Monday can lead to envy, toppling TBR piles and humongous wish lists!

I’ve been doing alot of reading and reviewing for The Romance Reviews lately.  I’ve been getting great book after great book to read.  Below you can read the blurbs of the two that I’ve received for this week. 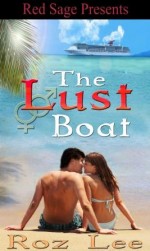 This isn’t your grandparent’s cruise ship!

When her fiancé called off the wedding and told her he’d had better sex with a blow up doll, Candace traded in her honeymoon cruise for a week on the Lothario, the most notorious ship to ever sail the high seas. Little does she know that Ryan, the sexy passenger who offered to be her escort as she samples all the ship has to offer, is really Ryan Callahan, the ship’s playboy owner.

Ryan Callahan is single, rich, and considered quite the catch. Two years ago he and his business partner launched the Lothario, a floating den of iniquity where passengers can indulge their every sexual fantasy, but since the ship docked following its maiden cruise, Ryan has been so scarce he’s earned the nickname, Monk, until sweet, naïve Candace coaxes him out of his tower, heats his blood, and steals his heart. But will she still want him when she finds out who he really is?

Saving Grace by Norah Wilson is the second book in her Serve & Protect Series.  I read the first book, Guarding Suzannah, in the series and completely enjoyed it!

After wrecking her car and waking with amnesia, fledgling reporter Grace Morgan is shocked to learn

that she’d been in the process of leaving the husband she loves (Fredericton City Police Detective Ray Morgan) for another man. It can’t be true! Can it? She’s determined to remember, even if it kills her. And it just might. Ray gets jammed up with IAD from the wads of mystery cash in Grace’s wrecked car. When bullets start to fly, he is forced to take the wife he thinks faithless on the lam while he figures out where the money came from and who wants them dead. 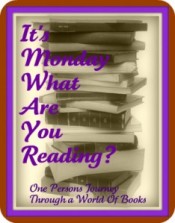 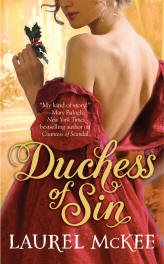 Blonde and beautiful Lady Anna Blacknall is in the mood for mischief.  Entering Dublin’s most notorious den of vice, she finds herself in the arms of a mysterious emerald-eyed Irishman.  And although he is masked, his tender kiss is hauntingly familiar.

Conlan McTeer, Duke of Adair, has come to Dublin to fight for a free Ireland.  But he’s suddenly reunited with the young woman who had once claimed his heart, and his passion turns from politics to pleasure.  When their sizzling encounter brings danger to Anna’s door, she must decide where her loyalties lie – and quickly.  For someone will do whatever it takes to destroy Conlan…and anyone he dares to love.

I won this book in a giveaway and I’m totally enjoying reading it!  Isn’t the cover beautiful?

What are you reading??

Previous Post: « It’s Monday – acitivities to get us going!
Next Post: Review – Once Upon a Scandal by Delilah Marvelle »