I’d like to welcome Dr. Laina Turner to my blog today!  She is the author of the book Chiczofrenia – Crazy is an Art Form.  I asked her to write on why she wrote this book.  Her is what she has to say: 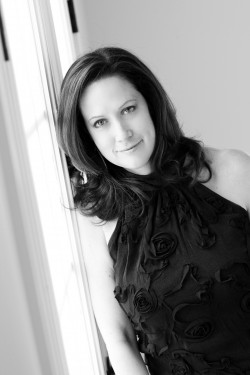 I wrote this book simply because I had to. Writing has always been a form of therapy for me and often when I am confused about something, about anything, writing it down helps me think and to sort out my thoughts and feelings.I was going through a difficult time in my life when I felt compelled to write Chiczofrenia. What I would consider the most difficult time in my life thus far. As I started writing my intent wasn’t to try and make it a book to publish but rather like I already said, therapy. As I started writing and talking about it to other women I soon
realized that I wasn’t the only person out there who felt this way and were as lost as I was. It made me think that if I shared my experiences with others it might help someone not feel so alone.
One of the biggest differences between men and women, in my opinion, is that ability to juggle multiple things at once. I’m not saying this as a negative toward the guys, heck they’re probably the smart ones, but I know I’m not at all satisfied unless I have about a
million things going on and feel crazed. In a strange way, it makes me feel happier and more productive. The men around me tend to think I’m nuts, but I’m not (well, maybe a little). I’m just focused and determined. I think a lot of people, many women I personally know, feel they’re more productive when they have a million things going on. We aren’t content with just having one thing at a time in our pipeline. As my friend calls it, life is a three-ring circus and you’re the ringmaster. I like to say it’s a carefully constructed house of cards. One card sways just a little and CRASH the entire house comes tumbling down. So the goal is to keep the house up which can be exhausting, so why do it? Because it can also be fun and that crazy part of me thrives in the chaos. I was told once that I liked
to have all these things going on to prove how great I was to be able to handle it and to get attention on how wonderful I was. Maybe that’s a little accurate. Do we Superwomen subconsciously want to prove how much we can handle, how amazing we truly are?
Laina Turner is touring around to promote her book.  She is giving away 3 $40.00 VISA gift cards to people who leave comments on the blogs involved in the tour. Make sure that you follow the tour – the more comments you leave the better your chances to win a gift card! For a list of the stops on the Book tour Click Here.
Chiczofrenia was released in January.  Here is the blurb for the book:

Chiczofrenic is the term for the woman who is purposeful and intentional in how crazy her life may be. The goal with this book is to recognize many women drive themselves crazy, intentionally, by trying to be all they can. I firmly believe we can have it all. A great relationship, being a great mom, keeping a good house (if that’s important to you), being a career woman, following your dreams, working out, eating right, and many more. Women seem to have the knack for how to manage it all and not go crazy. Women seem to always take on more and more…and are successful at it.
Women have tried forever to pretend they fit in the norm even when the norm wasn’t what they wanted. I want women to embrace that more – without caring what anyone thinks. Learn to laugh at your own craziness and be cool at the same time. Be the strong individual you want to be while looking like a million bucks.
Being a woman is difficult and is a constant evolution and journey of self discovery. It’s not always an easy journey and through the process you realize everyone has her own issues. Her own brand of crazy, which is my own kind of normal. Crazy but embracing it.