Today we are going to hear from Michelle Muto, author of The Book of Lost Souls.  She is touring her book with the BLB eBook Tours.  For more stops on this tour, and other features to read, click HERE.

Today I asked Michelle to share her thoughts on writing for teens.  Here is what she had to say:

While we all live in a time where instant gratification is king, teens take it to a whole new level. They want their stories faster paced than most adults. That’s not to say they need non-stop action, but I’ve found that it’s important to keep a chapter moving.

Teens seem to love stories with plenty of emotion. Sadness, snarkitude, anger. They’re going through a pivotal time. They’re coming to grips with who they are—no longer as children, but not fully adult, either. Of course life is more emotional! They’re experiencing the same things we all went through, but they’re also seeing the bigger things in life where as children often remain oblivious. Teens see through fresh eyes instead of our preconceived ones. If there’s a scene that calls for genuine emotion, as a writer, I can’t skimp here. No matter how painful, no matter how raw the observation, teens will easily root out any attempt to gloss over the character’s feelings as a sham. If I don’t get them, they won’t get my story. So, writers have to tell it straight up. Memories of what it was like to suffer extreme embarrassment, fall in love for the first time, endure rejection, or have a loved one die? I know I have to lay it on the line.

Which brings me to keeping it real. Without this crucial element, the story will fail. Teens often feel isolated, unsure. It’s a difficult time in their lives—I know my teen years were. I must portray those insecurities and uncertainties in my main character, too. Then, I give that character the strength to accept or overcome whatever obstacles I’ve set before them. In the end, my character has changed forever, good or bad. I’d venture to say that my teen fiction is heavily character based. Plot and story are important—it’s what shapes my character. It’s the very real world they live in. But, I think in teen fiction, the story revolves around the character. Not the other way around.

So why do I choose to write young adult? It’s because of that freshness, the ability to see things as I imagine they could be rather than what they’ve often become. It doesn’t mean that I don’t love my life. It’s just that teens still have a lifetime ahead of them. And, when they’re not learning to deal with the latest personal crisis and the speed of which the world is changing around them, they often see their future as something that has the potential to give more than it takes. As someone who’s well past their teen years, I find that magical. 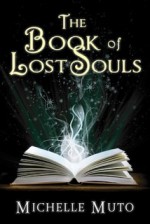 When teen witch Ivy MacTavish changes a lizard into her date for a Halloween dance, everything turns to chaos. And when no one is powerful enough to transform him back except Ivy, it sparks the rumor: Like father, like daughter. Ivy has heard it all before – that her father, who left when she was seven – was involved with the darkest of magic.
Making the rumors worse, someone uses an evil spell book to bring back two of history’s most nefarious killers. Ivy’s got a simple plan to set things right: find the real dark spell caster, steal the book, and reverse the spell. No problem! But she’ll have to deal with something more dangerous than murderous spirits that want her and her friends dead: the school’s resident bad boy and hotter-than-brimstone demon, Nick Marcelli. Nick’s offering Ivy more than his help with recovering the missing book – he’s offering her a way to ditch her scaly reputation as a lizard-lover. Demons are about as hard to handle as black magic, and as Ivy soon discovers, it’s going to take more than a lot of luck and a little charm if she wants to survive long enough to clear her status as a dark witch, get a warm-blooded boyfriend, and have her former date back to eating meal worms before the week’s end. 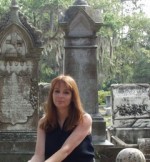 Michelle has always loved storytelling. When she was a child, her favorite stories were of monsters and things that lurked in the dark. Telling stories often frightened her classmates and got her into a lot of trouble with her teachers. They had no sense of humor.
As an adult, Michelle traded her love of writing for the corporate life where she was an IT professional. Today, she’s doing what she loves best – writing and storytelling.
Michelle grew up in Chicago, but currently lives in NE Georgia with her husband and their two dogs. She loves scary books, funny movies, sports cars, chocolate, dogs, and changes of season.
Blog: http://michellemuto.wordpress.com/
Twitter: http://twitter.com/MichelleMuto
I’d like to thank Michelle for visiting today!  Click on one of the links below to pick up a copy of her book!
Michelle’s book is available for sale at:
Amazon US
Amazon UK
B&N
Smashwords