Welcome to Sugarbeat’s Books – the home of Romance Novels!

Today we are starting a Canada Day Giveaway Blog Hop that is sponsored by my friends Chrystal at Snowdrop Dreams of Books and Aislynn at Knit, Purl, Stitch……Read & Cook.  This hop starts today (June 29th) and ends July 2nd with the winners being announced on July 3rd. 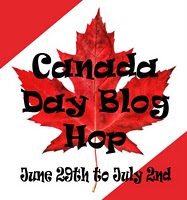 I’m giving away a set of two books – they are actually the first two books in a series.  They are being reviewed today and tomorrow, but I’ll post the blurbs here so you can see what you are bidding on.  This giveaway is open to residents of Canada and the US. I apologize to my international readers but look for an international giveaway in August! 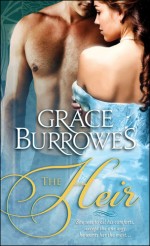 The Heir by Grace Burrowes is book one in her latest series.  The blurb is:

The second book is The Soldier by Grace Burrowes 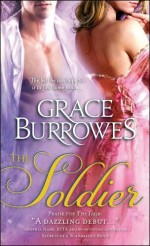 and the blurb for that one is:

This Regency era battle of wits, wills, and the sexes features a wily duke determined to see the succession of his line secured. The duke can’t force his sons to marry, but he can make their lives miserable until they do. Resisting his pressure, each gentleman holds out for true love.

The second book in the series features Devlin St. Just, the duke’s oldest, but illegitimate, son. He arrives at his new estate weary in body and spirit only to find the previous owner’s bastard daughter and her beautiful cousin are his responsibility and making his life almost unbearably complicated.

I’m going to make this giveaway really easy! You must be a follower to win. If you follow me on Twitter, you get one extra entry and if you tweet about this contest you get 5 extra entries. Just fill out the form below to win! Don’t forget to follow the blog hop to enter to win other prizes.