Today Anita Clenney is visiting the blog! She is promoting her recently released book, Awaken the Highland Warrior, published by Sourcebooks Casablanca.  As you all know, I have a weakness for men in plaid.  Sadly, I will have to add this book to my wish list as my TBR pile is entirely too large and my husband made me promise not to bring any more books into the house until I’ve whittled it down some.

***Late note*** Anita’s publisher has agreed to give away a copy of Awaken the Highlander!!  Just leave a comment in order to be entered to win a copy of this yummy book!

The next best thing to reading the book is chatting with the author!  Luckily, Anita was willing to answer a few of my questions and share some information about her book!  If you read to the end, we’ve even included an excerpt to give you a taste of the story!

Anita – My favorite description of the story is:

Scottish warrior, Faelan Connor is part of a secret clan charged by Michael the Archangel with protecting the earth from evil. Because of his prowess at destroying demons, Faelan is sent to America to capture the demon responsible for stirring up the strife and hatred that will culminate in the Civil War. But Faelan is betrayed and locked in a time vault that was created to stop time, imprisoning a demon until Judgment. With Faelan’s failure, hundreds of thousands die as his distraught clan searches for the missing key that will open the time vault. But the key is nowhere to be found, and eventually everyone who knows Faelan’s story dies, leaving him nothing more than a myth. For 150 years Faelan sleeps.

Bree Kirkland is no ordinary historian. Her specialty is the Civil War, but she feels more like Indiana Jones, obsessed with lost treasure, myths and legends. Haunted by longings she can’t describe, she immerses herself in history, seeking hidden treasure, both written and real, but after a lifetime of disappointments and mishaps, she determines to settle down to an ordinary, boring life. When she finds a treasure map in her great, great grandmother’s attic, Bree promises herself one more treasure hunt, and then she’ll stop. The map leads to the graveyard behind her house, where she finds an elaborate chest hidden inside the old crypt that she’d been so drawn to as a child. She opens the chest and discovers something far more compelling than hidden treasure, and there’s no returning to her normal life.

Barb – How would your friends describe you in 20 words or less?

Anita – Nice, kind, spontaneous, poor time manager, has a weakness for purses and diamonds, and values her privacy.

Barb – How long have you been writing?

Anita – Five and a half years.

Barb –  Who are your cheerleaders? Who is encouraging you to keep going?

Barb –  When you made your first sale, how did you celebrate and with whom?

Anita – I didn’t do anything really special other than share the news with everyone. I’m kind of low key with things like that. I think my CP took me to lunch.

Barb –  What is it you love most about writing? What’s the hardest part of writing for you?

Anita – I love brainstorming. Creating a story with twists and turns is bliss. The hardest part is getting stuck in a scene, not sure which way to go. That drives me insane.

Anita – Faelan. I adore Faelan. He’s such a great character. He’s grieving for his lost family but still he’s strong and protective. Bree is giving him a fit because she doesn’t act like the women of his time. She’s bold and headstrong, and she bloody won’t let him protect her. She even—God forbid—attempts to rescue him, a warrior from a secret clan that’s been protecting her kind since the beginning of time.

Barb –  What was your favorite scene?

Anita – I have so many, but I love the opening scene when she finds him.

Anita – I have amazing dreams, and this story actually started with a dream. Inspiration comes from so many different places. Books, movies, driving. Driving is a real inspiration for me. I’m not sure why.

Barb –  What book is currently on your nightstand?

Anita – I’m actually reading three books, which I usually don’t do. The Heir by Grace Burrowes, The Earl of Darkness by Alix Rickloff, and Dance With the Devil by Sherrilyn Kenyon. I just finished Smokin’ Seventeen by Janet Evanovich. Loved it!

Barb –  How can readers stay in touch?

Barb – Do you ever run into someone who says “You write WHAT?”

Anita – Not in a negative way. Everyone is thrilled that they “Know a real author!”

Barb –  Are you working on anything new and if so when can we expect to see it?

Anita – Look for the second book in the series, EMBRACE THE HIGHLAND WARRIOR, in November.

When the powerful demon that left Shay for dead discovers her empty grave, he comes seeking retribution, believing she possesses an ancient book he has sought for centuries. Knowing she can’t fight the demon alone, Shay returns to her clan and the Scottish Warrior who betrayed her…the only man she’s ever loved, where she discovers that betrayal isn’t always what it seems. Sometimes it’s far worse.

I’m still working on UNLEASH THE HIGHLAND WARRIOR, the third book in the series, which won’t be out until 2012.

A talisman belonging to Tavis Connor’s brother is the only weapon powerful enough to kill the demon hell-bent on stealing the clan’s Book of Battles so he can destroy the world. But the talisman has been locked in a time vault with Tavis’s brother and won’t open for 150 years. In desperation, the Scottish warrior breaks the clan’s sacred rules and uses another time vault to travel forward so he can protect the book and rescue his brother, or if he’s dead, finish his quest. But when Tavis finally wakes in modern-day New York, he discovers he’s the one in need of help. Anna MacKinley has been searching for her clan’s Book of Battles which has been missing for 150 years, but instead she finds a warrior with no memories who claims he’s come to save the world.

I’m also working on a cozy mystery series with lots of mystery, quirky characters, and gobs of humor. Thank you for having me here today. I love hearing from readers. Please visit my website or drop me an email.

I’d like to thank Anita for visiting today!  I’m certainly interested in picking up a copy of this book!  Keep reading and see what you think of the excerpt that she has included for us to read.  All the various links are after that to purchase a copy of this book.

A little bit more about Anita:

Anita Clenney grew up an avid reader, devouring Nancy Drew and Hardy Boys books before moving on to mysteries and romance. After working as a secretary, a Realtor, teacher’s assistant, booking agent for Aztec Fire Dancers, and a brief stint in a pickle factory (picture Lucy and Ethel–lasted half a day)…she realized she’d missed the fork in the road that led to her destiny. Now she spends her days writing mysteries and paranormal romantic suspense about Secret Warriors, Ancient Evil and Destined Love. Anita lives in suburban Virginia, outside Washington DC, with her husband and two kids. You can learn more about her writing at www.anitaclenney.com 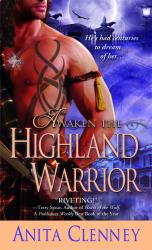 Bree’s fingers tightened around the metal disk as she ran through the graveyard, zigzagging past leaning headstones. Her lantern swayed, throwing shadows on the crypt looming before her, its stone walls the color of bones. Thick vines crept over it, sealing in cracks left by time, while gnarled branches from the twisted oak hovered like outstretched arms. Protecting… or threatening?

An owl screeched overhead as she scurried up the crumbling steps, wishing night hadn’t fallen, when shadows twisted into monsters and spirits came out to play. The burial vault lay open near the back of the crypt, waiting. Blood rushed past her ears, a sound like all the angels’ wings beating in unison. She moved closer and peered at the chest inside. It was ornate, made of metal and wood, with green gemstones embedded in each corner. It looked ancient, like it belonged in a museum or a pyramid, or perhaps Solomon’s Temple. The beauty of it struck her again, as it had when she’d first discovered it.

She set the lantern on the edge of the burial vault and studied the markings on the chest. Swirls and shapes like writing shifted in the amber glow. Stretching out a finger, she touched the surface. Warm? She yanked her hand back and hit the lantern. It crashed to the floor, throwing the top of the crypt into darkness. Dropping to her knees, she scrambled for the light. A sound cut through the silence, scraping, like fingernails against stone. She grabbed the lantern, not daring to blink, then remembered the wind outside and the claw-like branches of the old tree.

She placed the lantern securely on the vault cover she’d pushed onto the alcove and unfolded her hand. The metal disk she held was three inches in diameter and appeared to be made from the same metal as the chest, not silver, not gold. One side had deep grooves; the other was etched with symbols. With trembling fingers, she lined up the disk with the matching grooves on top of the chest and pushed. There was a series of clicks as the notched edges retracted.

A voice rushed through her head. What lies within cannot be, until time has passed with the key.

Bree whirled, but she was alone. Only stone walls stood watch, their secrets hidden for centuries. It was sleep deprivation, not ghosts.

She pulled in a slow, steadying breath and tried to turn the disk. Nothing. Again, this time counterclockwise, and it began to move under her hand. She jerked her fingers back. A loud pop sounded and colors flashed… blue, orange, and green, swirling for seconds, and then they were gone. Great, hallucinations to go with the voices in her head.

Her body trembled as she gripped the lid. This was it. All her dreams held on a single pinpoint of time. If this ended up another wild goose chase, she was done. No more treasure hunts, no more mysteries, no more playing Indiana Jones. She’d settle down to a nice, ordinary, boring life. She counted.

She heaved open the chest.

Terror clawed its way to her throat, killing her scream.

The man inhaled one harsh breath and his eyes flew open, locking on Bree. A battle cry worthy of Braveheart echoed off the walls. Bree jumped back as metal flashed and a rush of air kissed her face. Petrified, she watched him crawl out of the burial vault, a wicked-looking dagger in his hand. Her scream tore loose as she turned and fled.

Fingers grazed her shoulder, and she glanced back. The last thing she saw before her feet tangled with the shovel was the dead man reaching for her.