Welcome to Sugarbeat’s Books – the home of the Romance Novel!

Today we are talking to Minnette Meador – the author of A Ghost of a Chance.  This book is being toured by Goddessfish Productions.  I think this sounds like a really cool book!  Well worth a good look at.  As you can see above, this is also a giveaway.  A really good giveaway!  The author is giving away a Kindle, yes, a Kindle to a random commenter at the end of the tour.  In addition, one commenter will win a $100.00 gift card to Amazon.com. All you need to win is to leave a comment here or on Minnette’s blog with an e-mail address so that we can get hold of you if you win.  Follow the tour at Goddessfish Productions and comment on every blog you can to increase your chances of winning!  Seriously, how can you not comment – $100.00 or a Kindle – both great prizes 🙂

So, today I asked Minnette to talk about inspiration.  I continue to be totally fascinated by where these ideas for great books come from.  Here’s what she had to say. 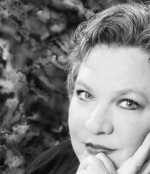 See those cute little guys? That’s what I wish the inside of my head looked like; separate and clean, but still connected, innocent, and fresh. The inside of my head is actually more like the back half of a train wreck. I do not lack for inspiration; it shoots hundreds of scenarios through the old gray matter at record speeds. The trick is catching enough of one of them to form it into a coherent mess. This is one such story.

A GHOST OF A CHANCE actually came into existence when I told a dear author friend of mine what I had in mind and she said, “My editor LOVES fast paced romantic comedies and paranormals. You should write one and send it into him.”  I had already been toying with the idea of making this a comedy. I had three humorous shorts published in anthologies and loved writing them. Besides, I needed a break from the two epic fantasies and historical romances I had finished.

GHOST awoke inside of me one late night as I was trying to sleep. That wicked muse, as always, decided it would be funny to dump the whole damn plot into my head at once. Sleep? Who needs sleep? I had to get it down, so I went to my computer, got out a brand new OneNote notebook and began plotting. Just to make me really miserable, she decided it would be hysterical to leave out the middle. She is such a… I went to bed frustrated and woke up still frustrated. It continued for two weeks and I decided to shelve it to work on my thriller, The Bell Stalker (out in October 2011).

I needed to interview Portland Police Homicide for the other book and it dawned on me: Hey, there’s a cop in Ghost. Why don’t I go for a ride along, ask a lot of weird questions, and maybe even get myself arrested? A couple of phone calls later, I had an appointment with a very sweet police officer who took my abuse with good humor. After that, the middle of the book was born.

Real ghosts, studies in Catholicism, psychic experiences, dousing, and inheritance of the comic gene from my father, all went into the cauldron of creation. Keenan was actually based off of a good friend of mine whose name will remain anonymous, Isabella is the dark Mediterranean side of myself given to me by my Grandma Mimi who used to send us swivel sticks shaped like monkeys and mermaids when we were little, and the ghosts are based off of characters from some of my favorite books. The comedy was inspired, as always, by my father, a pilot all his life, who wanted his ashes flushed down the toilet so he could go out to sea and to come back as a dragonfly because all they did was fly and fornicate. He was a very funny man.

So now, my inspiration is out in the world, a fledgling paranormal. Hope you find your own inspiration in everything you do. And, if you want a few laughs and maybe even a cry or two, take a look at A GHOST OF A CHANCE and see if you can spot those crazy moments of inspiration.

Thanks so much to the wonderful Sugarbeats Books Blog for hosting me today. You guys are the best! M:o) 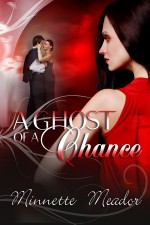 Keenan Swanson is your typical, everyday graphic designer. Well, except for the hundreds of pesky, prank-loving poltergeists that make his life interesting (in a Chinese curse sort of way). He finds his situation precarious yet manageable—until witty, smoking-hot coworker Isabella enters the scene and Keenan decides he wants her all for himself. With a horny succubus who has other ideas, a burly city cop determined to lock Keenan away, and an evil entity who’s hell-bent on using Keenan’s seed to create a living demon, the reluctant psychic realizes he just might not come out of this alive—or with heart intact.

Minnette loves to hear from her readers.  Information about her work can be found at her website, and her blog is a bit less formal and a great place to interact with her!

Minnette’s books can be found though the following links:

CHAPTER ONE – LIVING WITH STRANGERS“Isabella, isn’t it?” Keenan hadn’t seen a ring on her finger, around her neck, or a Love John Forever tattoo any place noticeable, so he assumed she was available.

“Right. You’re Keenan. We met the other day.”

Usually he didn’t have problems talking to girls, but now it was harder than it had ever been. A hundred witty comebacks crowded his brain for attention, but not one of them could make it past the lump in his throat. His growing cock wasn’t going to be much help either; all it wanted him to do was blurt out, “Ya wanna?”

Bracing himself against possible rejection, and telling his cock to shut the fuck up, Keenan gathered his courage and charged into the fray. “Say listen, if you’re not…”

The elevator jarred to a halt and the doors burst open in front of them. At least fifteen people piled into the box, disregarding the “maximum occupancy” sign.

Keenan hit his back hard against the railing and suddenly found his arms full of warm, healthy girl.

The sounds around him came to a crashing halt when he fixated on those gorgeous almond eyes and full red lips. The urge to devour that mouth was irresistible. He felt like he was home. Her balmy scent marinated his brain, clouding out everything else. The velvet skin of her naked arms made his palms tingle.

A sudden terror seized him when he realized his rod stood at full attention, shouting, “Yippee!” Since the crowd had crushed Isabella against him, she must have felt it jumping like an excited dog against her stomach. To Keenan’s amazement, she didn’t say a word and smiled sweetly up at him. Her expression was almost pleased. It boggled his mind.

“Sorry,” he managed after a few precious seconds.

He let go and fully expected her to scrunch as far away from him as possible, a murmured “pervert” escaping her lips. Instead, she slid up next to him and stayed attached to his shoulder, turning her lovely breasts to the doors.

Keenan had a hard time keeping his eyes off them, noting with interest that both nipples were little rocks against the black fabric. He forced himself to focus on the bald spot on the head of the guy in front of him. He hoped to God the man wasn’t pushed back; in Keenan’s current state, it might be difficult to explain what rested against the man’s ass.

Just a quick reminder – leave a comment for the chance to win a Kindle or a $100.00 gift card!