Today we are welcoming Patricia Green to Sugarbeat’s Books. She is currently touring with Goddessfish Tours to promote her latest book – Under Wraps.  She is giving away a $10.00 Amazon Gift Card to one commenter from the tour.  To increase your chances of winning, click here to find the other stops for this tour.  Remember to leave a comment after you’ve had the opportunity to find out about Patricia and her new book!

Barb – How would you describe Under Wraps in 20 words or less without using the blurb?

Patricia – Glee is wildly attracted to a bounty hunter’s prisoner. He says he’s 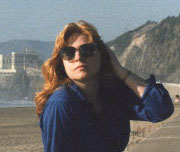 innocent. Can she believe him?

Barb – Tell me a little about yourself

Barb – Who is you mentor? Who do you look up too?

Patricia – I don’t really have a mentor. When I started writing for publication, I was very much on my own. For a while, there was an ePublishing editor who helped me get better established in the business, but he passed away many years ago.

In terms of role-models, I have several. Dorothy Parker, I admire for her incredible wit. Johanna Lindsey, I look up to for her prodigiousness. And, Larry Niven is heroic for his brilliant world-building.

Barb – What part of the writing process do you love ? What part do you hate?

Patricia – I love creating compelling characters. It’s great fun to give them goals, dreams, foibles and history. Remember those imaginary friends you had as a child? I still have them in the form of my characters.

Promotion is perhaps the hardest part of writing for me. Although I want to share my passion for romance with readers, I also want to write more stories for them. Both take time. It’s a two-edged sword.

Patricia – In UNDER WRAPS, I’m crazy about Esteban Garcia/Alex Pacheco. He claims he’s Alex, but the bounty hunter who’s holding him prisoner claims he’s Esteban. He’s hunky and dominant, very Latin culturally. A woman would have to be a real fireball to stand up to him. Fortunately, Glee Montrose is no doormat.

Barb – Did you do any research before start or during of the writing of the books?

Patricia – UNDER WRAPS is a historical romance, and therefore historical research was very important throughout the process. I spent many months in the library poring over diaries from the time-period, looking up words to make sure they were appropriate for the era, studying geography, and making maps for transportation logistics.

Barb – Are there any particular books and/or authors that inspired you and continue to do so?

Patricia – My first taste of romance was when I was a teenager and I was introduced to Johanna Lindsey’s work. I was instantly rapt. I plotted out a romance novel when I was about 17, and more than a decade later, I wrote it as a novel.

Barb – How important do you find the communication between you and your readers? Do you reply to their messages or read their reviews?

Patricia – Readers are super-important. Without readers, I wouldn’t have a job. Ignoring them is like ignoring your manager at work—you do it at your peril. I always answer reader email and follow-up on blog comments. If you leave the reader out of the process, you’re forgetting that your job is not only to create compelling stories, but to make sure they touch others and bring them along for the ride.

Barb – Where can your fans find you ?

Patricia – I’m all over the place. My email address is: pig (at) patriciagreenbooks (dot) com. My website is: http://www.patriciagreenbooks.com I twitter from @PatriciaIGreen, and have a Facebook page at https://www.facebook.com/pages/Patricia-Green/164844220254733 . Most recently, I started a Google+ account, using my regular email address (above). Social media is an important aspect of communicating with readers as well as other writing professionals. My books can be found at New Dawning International Bookfair, Renaissance E Books, and Bethany’s Woodshed, plus all the usual eBook outlets.

Patricia – I had four releases in May/June: UNDER WRAPS, GOLDIE AND THE THREE DOMS, SNOWY AND THE SEVEN WHARVES, and KIKI’S MILLIONAIRE (which is serialized). I will likely have another serialized piece coming out in July/August. Currently, I am editing two short stories—which have to sit for a few weeks so that I can look at them with fresh eyes—and am writing a contemporary erotic romance novel called LIV’S JOURNEY. It’s the story of a plus-sized model falling in love with an army major in Texas. She’s uncomfortable with her looks, and he’s determined to get through her shell, while at the same time, he’s hesitant to start a relationship when he could be deployed at any time.

Having begun her writing career at the tender age of seven by publishing a poem in a children’s magazine, Ms. Green has spent many years at typewriter and keyboard. She’s the author of 8 published projects (7 ebooks; and one out-of-print traditional book).

Ms. Green resides in the Washington DC area, is married to her best friend, and is the mother of twin daughters.

I’d like to thank Patricia for dropping by today!  Make sure that you leave a comment so that you can be entered into the giveaway! 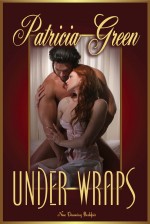 Glee Elizabeth Montrose is an eccentric heiress with an entourage consisting of two eunuchs and a mute maid. A confirmed “bachelor,” she’s traveling across the US to escape Boston’s restrictive culture and an unpleasant reunion with the Sultan of Constantinople. Her goal is to reach her inherited rancho in California where she can finish writing her father’s final book manuscript in peace.

Esteban Garcia is an alleged murderer being dragged across the US by a drunken bounty-hunter/trail guide. Garcia insists that he is a victim of mistaken identity and is Alejandro Pacheco, owner of a rancho in northern California.

Attracted as she is to Esteban/Alejandro, Glee remains unsure whether to believe him or not. Is he a despicable murderer and thief?

He shrugged. “Not your guardian angel, dama. Lady. But still I will tell you not to try to sneak up behind the horses.”

“Whatever you say, but your quaking was not enough to alert them to your presence. They would have been startled and stomped you into the dirt.”

Glee paled. “I’m not usually such a coward, but horses have always set me on edge.”

“Mmhmm,” he replied, disinterest and disdain apparent in the mocking twist of his sensuous mouth.

Tension made Glee snap when she might have simply walked away. “How dare you address me in such a tone! Who are you?” Their gazes locked as each attempted to stare down the other.

Horse’s hooves thudded on the dusty street as Jake Fletcher came to investigate the delay. “I see ya met my pris’ner.”

Glee’s focus did not leave those tawny eyes. “Explain.”

Fletcher cleared his throat and spat before he answered. “That there’s Esteban Garcia. Thief, murderer, and soon to be dead-man. He’s wanted in Salt Lake City. Convenient, ain’t it? Right on our way to California.”

The dark-haired man’s eyes went cold and Glee’s gaze leapt back to his manacles and followed their chain down through the prisoner’s legs and under the wagon where, presumably, they were secured to a rear axle.

“You didn’t tell me you were transporting a criminal, Mister Fletcher.”