Today we are welcoming Pepper O’Neal to the blog!  She is the author of several books including her latest, Blood Fest: Chasing Destiny.  When I was doing the research for this post, I realized that one of her main characters, Roman, is half vampire-half werewolf.  That is an interesting combination, I think.  So, I asked Pepper to write on this topic.  Here is what she had to say: 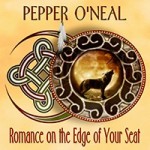 I have often been asked why I combined a werewolf and a vampire to create Roman my hero in Blood Fest: Chasing Destiny. Most people seem to think it is a weird combination. In fact, one agent I sent the book to rejected it because Roman’s mother was a vampire, and the agent didn’t think vampires could have children. Luckily, I found a publisher who believes world building is up to the author.

So why the strange combination? When I get the idea for a story, it usually comes with sketches of the characters—most of them anyway—attached. And these characters usually resemble—in both looks and personality—real people I know. Most of my friends know full well they’ll end up in my stories sooner or later, and they don’t take it personally. In fact, most of them have been delighted to be in a novel and have been immensely helpful in character development. 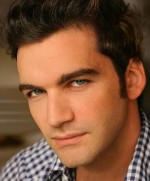 But when I was first presented with Roman, I had a problem. All I knew was that he was a vampire, good looking, and had many striking similarities to a guy I’ll call Ryan, a member of a team I worked with in Southern Mexico and Central America, except that Roman didn’t have the arrogance and aloofness associated with so many vampires in fiction. He was more down-to-earth, more sensitive. Since Ryan was definitely an alpha male with—as the whole team agreed—a little too much testosterone at times, I had some trouble reconciling him with my idea of Roman. While trying to decide how to tone down the in-your-face attitude that was such a part of Ryan, I remembered a shy wolf I once met. I don’t know where he came from, whether he’d been someone’s pet, or if he’d escaped from a breeding program somewhere.

He used to sneak into our camp to steal food. (He loved tuna fish sandwiches.) He was young, skinny, lonely, and hungry. He would come just so close to us and no farther, letting us almost touch him, but not quite. Although shy and skittish, he was very gentle, and not once did he ever even growl at a member of the team. We all grew quite attached to him. One of the guys named him Wiley Wolf, because he reminded us of Wiley Coyote on those old Roadrunner cartoons.

Wiley was the perfect solution to my problem. By combining his sweet and gentle nature, with Ryan’s more aggressive one, I got an alpha male with a sensitive side, who has tremendous control over his animal nature but struggles with his human-like emotions. Based on this combination, what choice did I have to but to make Roman half vampire and half werewolf? As it turned out, it added a lot of complications to the story I hadn’t envisioned, as well as giving Roman more enhanced abilities than he would’ve had if he had been stuck being either just a vampire or a werewolf. In short, it not only gave me a better storyline and more complicated plot, it made the book more fun to write. 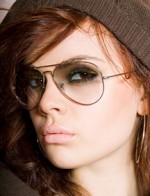 It also added another element to the story, I hadn’t foreseen, but I was quick to see the advantages. My heroine, Chase, is half human, have weretiger. And when I decided to add Wiley to Ryan to flesh out Roman, it never occurred to me the reaction the cat in Chase might have to the wolf in Roman. It wasn’t until the two started to interact as the story unfolded that I realized what I’d done. It was a happy accident that made the obstacles they faced, as well as their relationship, a lot more interesting.

These picture are representative of Wiley, Bumper, the tiger I used to create Chase, and of Chase, and Roman, since I can’t use the real ones. I did promise not to reveal my sources, after all.

I’d like to thank Pepper for joining us today! She will be back on the blog tomorrow and we’ll learn more about Blood Fest: Chasing Destiny