Today we are learning more about Bryan Cohen, author of Ted Saves the World. Bryan is touring and promoting his cool new book. Let’s learn more about Bryan and his book, as well as the giveaway that he is hosting!

Barb – If someone else wrote a blurb about your book what would it say? 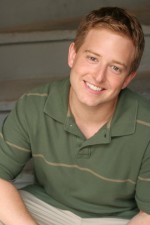 action and that anyone from their pre-teens up would probably get a kick out of it. In the actual blurbs that have been written, a prevailing point is that they hope there is a follow-up, which I’m currently working on as we speak!

Barb – Tell me a little about yourself

Bryan – I am an improv comedian, turned theatre producer, turned writer who lives in Chicago, Illinois. My first few books have been about the craft of writing, but with my first fiction book, Ted Saves the World, I’ve been more able to capitalize on my love of comedy and my obsession with action packed television shows. I’m also a Libra, a weekend athlete, and a self-proclaimed amateur chef.

Bryan – This is a fantastic question and one that I haven’t completely figured out yet! I would love to live in a cheap and tropical paradise where I could just write and live off my book sales for a while, but I don’t know if I’d want to spend the rest of my days there. I love having all four seasons without any of them being too extreme as well. If you think of anywhere in particular for these desires let me know.

Barb –  State a random fact about yourself that would surprise your readers.

Bryan – I was once in a comedy wrestling show in which my character wore nothing but a Speedo and sneakers. It’s so funny how a lack of shame can translate into pure comedic gold.

Barb –  What’s your favorite part of writing a book?

Bryan – When a couple of plot lines you have in mind come together with a perfect “ah ha” moment. I think the least favorite part would be the moment before that moment when you have no idea how it’s all going to come together!

Barb –  Which scene(s) were the hardest to write?

Bryan – I would say that action-packed fight scenes are tough. You don’t want to bog down the reader but you also want to keep things exciting and fast-paced. I love writing character-based talking scenes because dialogue is extremely fun for a chatty Cathy like myself.

Barb –  Who is your favorite character in your new release?

Bryan – Ted’s sidekick Dhiraj. He’s a fast-talking, car salesman type who almost immediately capitalizes on Ted’s newfound superheroism. He even publishes a knock-off super hero action book that he outsourced from India. An Indian who outsources to India. I love this guy!

Barb –  Do you see yourself in any of your characters?

Bryan – There’s a little bit me in all of them probably, but more so in Ted than anybody else. I was a run-of-the-mill, average teen just plotting along in high school. Having a burst of other-worldly powers dropped in my lap would have been an amazing and welcome addition to my life.

Barb –  Are you a plotter or a pantzer?

Bryan – Hmmm. I would say I’m mostly a plotter, but I leave a lot of room wide open for how the characters actually get from one plot point to another. Leaving plenty of room for witticism along the way.

Barb –  What is your writing schedule?

Bryan – Ideally, I get most of my writing done early on in the day before there are any e-mail or other responsibilities to take care of. I tend to get a bit bogged down by promotion and my freelance writing career during the day. If I can get up before anybody else is up, I feel at peace and most able to take advantage of any creativity stores I have available. If I was on a peaceful island, I think my creativity stores would rise dramatically, but I’m not quite there yet.

Bryan – When I started doing improv comedy, I was always hampered by my overwhelming internal monologue. Carefully and calculatedly, I shut the dang thing off. This helped me immensely in popping out there on stage and starting scenes and characters quickly. I didn’t expect it to also let me come up with writing ideas speedily. I think that most of my inspiration comes from my much less inhibited subconscious. Also, seeing other people succeed in the world of writing is a major emotional boost.

Barb – What book is currently on your nightstand?

Bryan – Bossypants by amazing comedian, Tina Fey. What a lady!

Barb – Where can your fans find you ?

Bryan – When I’m not on the beach volleyball court, my fans can find me on http://www.bryancohen.com or on my writing website Build Creative Writing Ideas. If you’re in the social media age, you can also find me at Twitter.

Bryan – Ted Saves the World is available on Amazon, Barnes & Noble and Smashwords for $0.99. My first book 1,000 Creative Writing Prompts: Ideas for Blogs, Scripts, Stories and More is also available where all fine e-books are sold.

Barb – What is in the works for you next?

Bryan – The next book in the series for Ted Saves the World is tentatively titled ‘Ted Finely and the Date with Destiny’. I’m also planning a sequel to my writing prompts book.

Bryan – I’m doing a giveaway on your site! I’m giving away four $25 Amazon gift cards, one for each week of this month long blog tour. To enter, simply comment with your e-mail address (feel free to substitute @ with (at) or other tricks to stop spammers from getting it). I will draw the four names at the end of the tour, picking one entrant at random from each week’s set of blog posts. Entries will be counted through Monday, August 15th, 2011. Enter on as many sites as you want, follow the tour at Build Creative Writing Ideas. If Ted reaches the Top 100 on Amazon at any point during the tour, a fifth $25 card will be added to the giveaway.

Thanks so much for letting me be a part of your site today!

I’d like to thank Bryan for dropping by and chatting with us! As he has pointed out, leave a comment to be entered into a draw for a gift card worth $25! 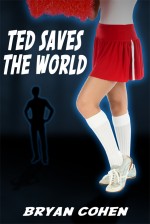 One second, sophomore in high school Ted endures his first breakup in his favorite place in town. The next, a mysterious blue light turns him into a worldwide superhero sensation for taking down a posse of grisly murderers. As his views on YouTube increase and his friend Dhiraj tries to capitalize on the marketing potential, his dangers increase as well when a presumed-dead cheerleader begins taking a personal interest. Can Ted survive the his first week as a superhero in the public eye?

This novella is the first taste in a series of full-length novels about the adventures of Ted Finley and Erica LaPlante.