Today we are welcoming Reena Jacobs to the blog. She is currently touring her book, I Loved You First, around the blogs. She is sharing a guest post with us today. Have a read and see what you think! 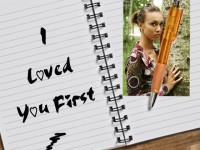 Indie books are slowly, but surely making a presence in the publishing world. The transition hasn’t been an easy one, but one thing for sure, it is exciting!

I think freedom is part of the reason the indie side works. From time to time, I hear about an agent who declined to represent an author yet loved the work presented. Why? because the agent didn’t think he/she could sell the piece. So the dear author receives a rejection.

I’ve read some of those out-of-the-box pieces from indie authors… works I know in my heart would never get accepted by an agent because it’s too unconventional or doesn’t fit neatly into a particular genre. Great pieces, but no one would want to buy it.

Wrong! 🙂 Perhaps the traditional publishers won’t take a chance on the work, but readers do. The market speaks! Readers call out with their hard earned money, “We want fresh, the oddities, the innovated!”

It’s a wonderful hiccup in the publishing world.

I thank every reader out there who’s given an indie piece a shot, for recognizing indie doesn’t equate to inferior. That sometimes it just means different, even outstanding at times.

In September 2010, I stopped sending out query letters to try my hand in the indie world. I’ve had my ups; I’ve had my downs. But I don’t have a single regret about the choice I made to set my dreams of traditional publishing aside to put on the indie hat.

I’m not writing query letters any more. Instead, I offer a different letter.

Know that you’re making positive changes. Because of your support, you’re turning dreams into reality. Without you, my dear reader, there would be no reason for companies to offer publishing technology to authors. Without you, beloved manuscripts writers failed to find a home for because the story didn’t fit into the mold would still be hidden in the closets. Without you, that awesome indie book you picked up last week and boasted to all your friends would still be an “if only.”

I cannot express how much you mean to me. For providing an opportunity for writers like me, for taking a chance on my works, and simply for stopping by to show your support – I thank you.