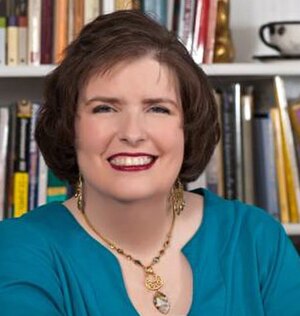 For the past few weeks we have been looking at Sabrina Jeffries latest series – The Hellions of Halstead Hall.  The first book was the Truth of Lord Stoneville, the second book was A Hellion in Her Bed, and that brings us to the third book in the series, How to Woo a Reluctant Lady.  I’ve included a short excerpt from this book to give you a feel for the story.

How to Woo a Reluctant Lady by Sabrina Jeffries
ISBN: 1439167559
Publisher: Pocket Star
Release: Jan 18, 2011
Source: I received a copy of this book from the author to read and review

When a charming rogue proposes she marry him to meet her grandmother’s ultimatum, the Sharpe clan’s strong-willed sister makes a tempting counter-offer that preserves her inheritance and ignites his imagination.
Lady Minerva Sharpe has the perfect plan to thwart her grandmother’s demands: become engaged to a rogue! Surely Gran would rather release her inheritance than see her wed a scoundrel. And who better to play the part of Minerva’s would-be husband than wild barrister Giles Masters, the very inspiration for the handsome spy in the popular Gothic novels she writes? The memory of his passionate kiss on her nineteenth birthday has lingered in Minerva’s imagination, though she has no intention of really falling for such a rakehell, much less marrying him. Little does she know, he really is a covert government operative. When they team up to investigate the mystery behind her parents’ deaths, their fake betrothal leads to red-hot desire. Then Minerva discovers Giles’s secret double life, and he must use all the cunning tricks of his trade to find his way back into her heart.
What happens when you take a strong-willed, on the shelf, gothic romance writer and a barrister that is actually a spy for the goverment? You get the latest hair-raising ride in the “Hellions of Halstead Hall” series! Get set for fast action, incredibly sensuality, and a clash of strong-willed characters destined to be together.

Welcome to the world of Sabrina Jeffries’ latest series about the Hellions of Halstead Hall!  These “Hellions” are the strong willed Sharpe children. There are 5 of them, Oliver, Jarret, Minerva, Gabe and Celia. They were orphaned many years ago when both of their parents died. Some say it was a murder-suicide, but Hetty Plumtree, their maternal grandmother did whatever she could to quiet the scandal hide the true details, and took the 5 children away to live with her. She was a working class woman who’s family owns and runs a brewery. She had arranged for her only daughter to marry a title, a decision that, in hindsight, she heartily regrets! She is now getting older and having some health problems and is determined to hold some great-grandchildren before she dies. Since none of her grandchildren seem to be willing to settle down and marry, she makes an ultimatum. If they don’t all marry within the year, none of them will inherit her money.

Here we are at book three already! These Sharpe “children” are a strong willed lot! We have had a chance to look at Oliver and Jarrett’s attempts to foil their grandmother, now it is Minerva’s turn. Minerva has had a lifelong attraction to Giles Masters, one of her brothers’ friends. After one unfortunate encounter several years ago, she has decided that he can go to the devil. When she starts writing torrid gothic romances, she models her villian after Giles!

When Giles finds out that Minerva has published an advertisement for a husband in a popular lady’s magazine, he decides that enough is enough. No other man is going to have Minerva and he heads over to to Halstead Hall to interview for the position of “husband”. Minerva has decided that if she creates enough of a scandal around her Grandmother forcing her to marry, the old woman will back off. What better way to get a rise out of her grandmother than advertising for a husband and have crowds of men appear wanting to interview for the position. She doesn’t count on Giles appearing, but after some thought decides that a pretend engagement is just the thing to piss of her grandmother and both her brothers!

“Over my dead body!”

Hetty heard Oliver’s roar from two halls over and hurried toward it as fast as her cane could take her. He must have found Minerva. Damned girl. Why couldn’t she just marry some decent fellow and be done with it? Why did she have to drum up this nonsense about interviewing fools she solicited in the papers like a common whore?

She followed the sound of heated voices into the Chinese drawing room, then stopped short. Oliver was squared off against that rogue Giles Masters-God only knew when he had snuck in. And Minerva stood with her hand tucked in the crook of Giles’s elbow.

“What has happened?” Hetty demanded.

Oliver shot her an angry glance. “Masters has some idiotic idea that he’s going to marry Minerva.”

Hetty dragged in a breath. Masters? With her granddaughter? Never. ……

Minerva shot Hetty a sly glance. “You gave no rules for whom we could marry, Gram, just when we had to marry”

Sabrina Jeffries has the ability to create characters so real that they leap off the pages of her books! You cheer for them, boo at them, and encourage them along. Time passes, and you are oblivious, because you are wound up in the story. The historical details that she throws in adds depth to the story that is being woven around these characters. She provides just enough history of what has gone on in previous stories to keep the thread of the characters going, yet each book could easily be read as a stand-alone. In this particular series, I just love the character of Hetty. She’s had a hard life. She’s made bad decisions. But she lives life to it’s fullest, trying not to dwell on her mistakes. She’s determined to be the strong woman that she is and not show weakness in front of her grandchildren.

We are given more details of the Sharpe parents’ deaths – some questions are answered, but we still don’t know what happened yet. I think that we meet Gabe’s “nemesis” and are given a glimpse into a possible attraction for Celia. According to Ms. Jeffries’ website, the next book is called To Wed A Wild Lord

For those of you uninitiated into the world of the Hellions of Halstead Hall, you need to pick up the previous two books and find a comfy chair and hang on for the ride!

(257315)
$29.99 (as of January 29, 2023 10:51 GMT -08:00 - More infoProduct prices and availability are accurate as of the date/time indicated and are subject to change. Any price and availability information displayed on [relevant Amazon Site(s), as applicable] at the time of purchase will apply to the purchase of this product.)