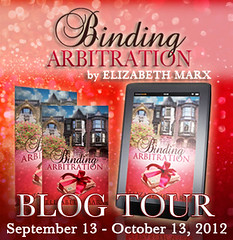 Today we are welcoming Elizabeth Marx to the blog.  She’s the author of Binding Arbitration and is here to share some information about her book and herself and her writing!  If this book sounds like something you would be interested in reading, please use the buy link at the bottom of the post to pick up a copy!

Barb – If someone else wrote a blurb about your book what would it say?

Elizabeth – An attorney and a baseball star must come to terms with their complicated past for the sake of their ailing son. ~Kirkus Reviews 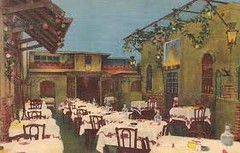 Elizabeth – It’s a toss-up between a villa in Italy or the wine country around Sonoma. I love Mediterranean style architecture and the year round weather of California, so I could see myself owning a small winery that my husband could run while I sat on the terrace and wrote. In BA, there’s a scene at Aidan’s parents’ winery in Sonoma that really happened to me, the singing part, not the other part! Big Al is a real person, I wonder if he knows he’s famous now! 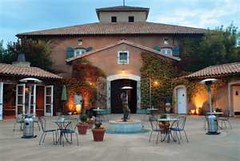 Barb – State a random fact about yourself that would surprise your readers? 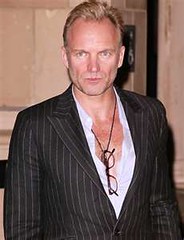 Elizabeth – I arrived at this guy’s concert a little late and I ran into him riding the “lift”, as he called it. He chastised me for being late to his gig and I chastised him for smoking in the elevator!

Barb – Do you keep track or write reviews for books you read?

Elizabeth – I do keep track of the books I read on Goodreads, but it’s not a complete list. I’ve read thousands of books and I’d never written a single review until after I became an author. Now I write them very sporadically, unless someone specifically asks me to review for them.

Elizabeth – I think it’s when Libby and Aidan meet at 737 Restaurant for her to hear his ‘terms’. I think it’s exciting scene because as hard as they’re fighting it, their attraction collides with a new reality, it’s where the disillusionment of the past and the uncertainty of the future simmer and then when both of their tempers flare they run into the little old ladies in the elevator who insult Aidan, and then we see the first inkling of the tenderness Aidan feels for her when he hands Libby the handkerchief and her obstinacy when she says, “I don’t like you, Palowski.”

Barb – Are you a plotter or a pantzer?

Elizabeth – I’m a reformed pantzer. I’m ashamed to say this, but Binding Arbitration was twice as long as it is now when I finished the first draft. When I wrote the first draft I wrote everything and some of them were things I needed to know about them that didn’t necessarily need to be in the story, now I know what I need to know for the story to work and I only write what I need to write to make the story enjoyable for the reader. So now I do what I call a scene plot, each scene is on a giant note card and it has a goal, characters who will participate and most often some of the dialogue.  Even after editing BA is still a long book but it’s half of the original, which is why I pulled most of the back story of Aidan & Libby’s college years into its own prequel: CUTTERS VS. JOCKS, and you can download your free copy at Amazon, B&N, Kobo, Sony, or just about any eBook retailer.

Barb – Did you do any research before you started or during the writing of Binding Arbitration?

Elizabeth – Both. I did research on Leukemia before I started BA and then as I got into the story I went back when I needed a question answered. Then I did some legal research because Libby’s a lawyer. Since Chicago is my hometown I know quite a lot about the city and most of the locations are real places in Chicago, but of course sometimes you need to revisit locations so I went to Italian Village for further ‘research’.  This is exactly what Italian Village looks like!

Barb – How many books do you read a month?

Elizabeth – Before I started writing full time I probably read 10-20 books a month, now I read about 2-3. I do read research type books in addition to the 2-3. But I find that once I’m done working with words all day I don’t feel inclined to start reading, I’d prefer to let my mind wander through a movie or favorite TV show.

Barb – Where can your fans find you?

Elizabeth – You can find out about me and all my titles on my website http://www.elizabethmarxbooks.com and then if they want to interact with me I’m usually around Facebook several times a day. Check out my author page: http://www.facebook.com/AuthorElizabethMarx or send me a sweet Tweet on Twitter https://twitter.com/#!/emarxbooks I love interacting with readers so feel free to look me up.

Elizabeth – Who hasn’t Googled themselves? Me, that’s who! Well my alter ego anyway.  I write under a pen name and I never even thought to Google my pen name, which was a real slap to the forehead moment because the other Elizabeth Marx has a rack as abundant as my book. Did I mention she’s a pinup? You can read about the embarrassing experience on my blog! Here’s the post: http://elizabethmarxbooks.blogspot.com/2012_03_01_archive.html

Barb – How many more books can we expect in the series?

Elizabeth – Next in the contemporary Chicago series will be Evita and Tony’s story, so everyone can find out what happened to Manny. Then eventually I’ll do Olivia and Avery’s story but they have some growing up to do, I mean Olivia thinks she’s going to become a nun and Avery’s joined the…well, let’s just say it isn’t the military. I have another book tentatively titled ‘Checkered Flags’ about Luke, a.k.a., Cool Hand Puke, a race car driver, and Lora Lei Fields an interior designer. Avery happens to be the hero’s best friend and Lori Lei is the Palowski’s interior designer and there’s a mysterious black cat that happens to have more than nine lives. Then there are three contemporary shorts that have titles and little else. All of the characters in the contemporary series know the other characters in the other books in some way and Libby & Aidan make appearances in most of them. 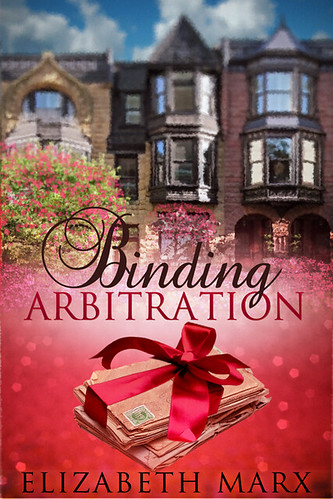 Through the corridors of the Windy City’s criminal courts, single mother Libby Tucker knows exactly how far she’ll go to save her cancer-stricken son’s life. The undefeated defense attorney is prepared to take her fight all the way to the majors.

Circumstances force Libby to plead her case at the cleats of celebrity baseball player Banford Aidan Palowski, the man who discarded her at their college graduation. Libby has worked her backside bare for everything she’s attained, while Aidan has been indulged since he slid through the birth canal and landed in a pile of Gold Coast money. But helping Libby and living up to his biological duty could jeopardize the only thing the jock worships: his baseball career.

If baseball imitates life, Aidan admits his appears to be silver-plated peanuts, until an unexpected confrontation with the most spectacular prize that’s ever poured from a caramel corn box blindsides him. When he learns about his son’s desperate need, it pricks open the wound he’s carried since he abandoned Libby and the child.

All Libby wants is a little anonymous DNA, but Aidan has a magical umpire in his head who knows Libby’s a fateball right to the heart. When a six-year-old sage and a hippy priestess step onto the field, there’s more to settle between Libby and Aidan than heartache, redemption, and forgiveness.

Also check out Cutters vs. Jocks! 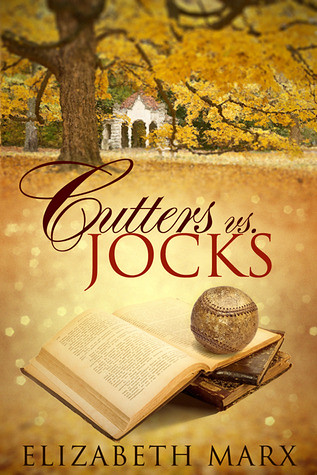 On the idyllic campus of Indiana University, Little-Libby-Nobody runs into Band-Aid, All-American-Athlete, and fireworks explode. Libby and Aidan spiral into a collision course of love at first sight versus lust you can’t fight. As the game plays out and their affection grows, they soon realize that labels like cutters and jocks can’t keep them apart.

But when Libby and Aidan find themselves in trouble they have to confront the reality of where they each fit in the others’ world. Libby believes superstar jocks don’t take cutters to Rose Well House, in the center of campus, at midnight and pledge their undying devotion beneath its sparkling dome. And Band-Aid imagines there’s no place for a pregnant, small-town waitress in his bull-pen or the major leagues. What happens when worthy opponents refuse to play their hearts out? 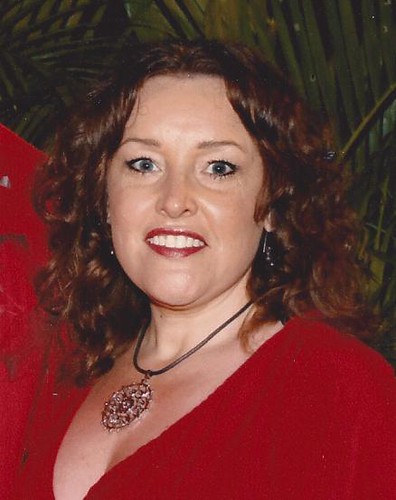 Windy city writer, Elizabeth Marx, brings cosmopolitan life alive in her fiction—a blend of romance, fast-paced Chicago living, and a sprinkle of magical realism. In her past incarnation she was an interior designer, not a decorator, a designer, which basically means she has a piece of paper to prove that she knows how to match things, measure things and miraculously make mundane pieces of furniture appear to be masterpieces. Elizabeth says being an interior designer is one part shrink, one part marriage counselor and one part artist, skills eerily similar to those employed in writing.

Elizabeth grew up in Illinois, but has also lived in Texas and Florida. If she’s not pounding her head against the wall trying to get the words just right, you can find her at a softball field out in the boonies somewhere or sitting in the bleachers by a basketball court. Elizabeth resides with her husband, girls, and two cats who’ve spelled everyone into believing they’re really dogs.

Elizabeth has traveled extensively, but still says there’s no town like Chi Town.

Previous Post: « Interview with BonSue Brandvik, author of Pearls: Spirits of the Belleview Biltmore
Next Post: Book Blurb/Excerpt Tour & Giveaway of To Catch a Bad Guy by Marie Astor »