Today we are welcoming Amy Andrews to the blog!  She’s here to share some information about her latest book, Taming The Tycoon.  If this sound like something that you’d like to read, please find some links at the bottom of this post to pick up a copy. 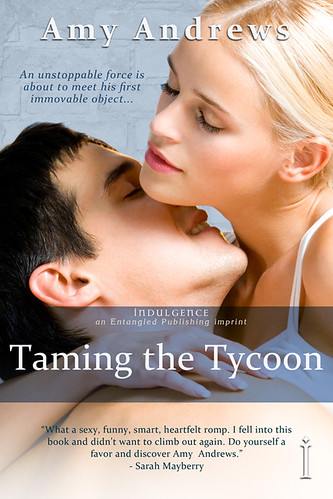 Taming the tycoon
Real estate tycoon Nathaniel Montgomery is one deal away from making his first billion and fulfilling a promise to his dying father. Nothing will stop him from tearing down the decrepit St. Agnes hospital and erecting posh condos in its place. Not even the crystal-wearing, health food store owner whose publicity stunt lands him in the hospital.
After her brush with death five years ago, child protégé Addie Collins learned what’s truly important— health, happiness, and the two-hundred-year-old rose garden at St. Agnes. To make amends for the accident, she agrees to pose as Nathaniel’s girlfriend athis eccentric grandmother’s birthday party. But Addie has an ulterior motive. To repay her debt to the universe, she must show him there’s more to life
than making money. Nathaniel hates to lose, but as she breaks through his defenses, losing himself in Addie’s arms might be exactly what this tycoon needs…
“What a sexy, funny, smart, heartfelt romp. I fell into this book and didn’t want to climb out again. Do yourself a favor and discover Amy Andrews.” 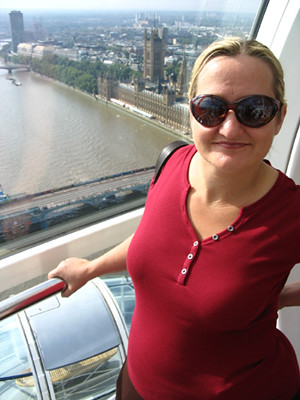 Amy is an award-winning author who has written thirty romances for Harlequin Mills and Boon in both the Medical and RIVA/Presents lines. She wrote her first book at the age of twenty-two while unemployed and freezing her butt off in the UK, largely because it involved being able to stay in bed with her electric blanket. One twelve year apprenticeship later she finally got “the call”.

To date she’s sold over a million books and been translated into thirteen different languages. In 2010 she took out the sexy category in the prestigious Australian Romantic Book of the Year Award affectionately known as The Ruby.

She’s recently launched a couple of separate writing ventures with the release of Sister Pact a contemporary women’s fiction novel that she wrote with her sister Ros Baxter and was published by Harper Collins Australia as well as the very exciting release of her first category romance, Taming the Tycoon, with Entangled Publishing.

In what she euphemistically likes to call her spare time, Amy works part time as a paediatric intensive care nurse and was on the national executive for Romance Writers Of Australia for six years during which time she organised two national conferences and undertook a two year term as president.

She’s been married for twenty-two years and has two teenagers who only admit to her being a writer when they have to explain to their friends why there’s no food in the house when their mother is approaching a deadline. She lives on acreage on the outskirts of Brisbane with a gorgeous mountain view but secretly wishes it was the hillsides of Tuscany.

Amy can be found:

Taming the Tycoon is available:

Previous Post: « Blog Tour – 32 and Counting? Finding Your Happily Ever After Today by Gigi
Next Post: Interview with Maria Hammarblad, author of Undercover »