Welcome to Sugarbeat’s Books – The home of the romance novel!

Today we are being visited by Susan Mac Nicol, author of Cassandra by Starlight.  Susan is here to answer some questions and share about her book.  If this book sounds like something that you would be interested in, please find buy links at the bottom of the post and pick up a copy!

A tragic event brings two people from different worlds together in a relationship that was made for a romantic movie.

Barb – How would your friends describe you in 20 words or less?

Susan – Isn’t she that stubborn, driven, yet fairly witty woman with radical views that just loves to tell stories?

Barb – State a random fact about yourself that would surprise your readers.

Susan – When I’d just left school, I started a new job in Hillbrow in Johannesburg. I went out to get some lunch and got lost coming back. I couldn’t find my office building. I walked up and down the streets looking for it and a man came up and offered me money. He thought I was a prostitute ‘walking the beat’. I wasn’t sure whether to be proud or scandalized.

Barb – What started you on your journey to be a writer?

Susan – I started on my writing journey when I was a child, writing poetry and a rather scary short story called ‘The Green Menace’ for a local competition. I’ve written ever since and my writing folder is filled with half completed drafts and snippets. But it was only when I got the inspiration earlier this year for a novel that I really threw myself into the fore and focused. I guess you could say the real journey started when I read a local newspaper article about a tragedy, met the leading man of my dreams on TV and decided I wanted to invent my own fantasy world where I could be the heroine. I’m glad to say they all came together in my debut novel.

Barb – Do you see yourself in any of your characters?

Susan – Yes, most definitely. Cassie Wallace, the leading lady in Cassandra by Starlight, is based on a lot of my experiences and character traits. She’s a strong, independent woman who has a fairly forceful view and isn’t afraid to say what she thinks. The accident she experiences in the opening scene- I had a very bad car accident in 1986 and broke my femur, ending up in an ICU Ward with some life threatening injuries. The old drunk in the book talking to Dr. Spencer- that was based on personal experience with a very close family member. There are other experiences in the books about Cassie which are true too for me but some are too close to the bone so I’ll leave those up to the reader’s imagination…..A lady shouldn’t reveal too many secrets about herself.

Barb – Why did you choose the genre you write in?

Susan – I didn’t choose the genre. The genre chose me. I don’t generally read romance, a terrible thing to admit. I used to read Mills and Boon when I was fourteen years old but that was it. But when I started writing Cassandra by Starlight, with an incredible passion for both characters and the world I was creating, it simply took hold of me and this book could never have been anything other than a modern romance story between two people destined to find each other. My family and friends still don’t believe I write in the genre I do. I get blank faces and quizzical glances.

Barb – How did you come up with your premise for your books?

Susan – At the beginning of this year, I read a newspaper article about some fool standing on a motorway foot bridge and throwing a concrete bucket down into the traffic on the motorway below. The woman in the car was badly injured. After the initial rage at this idiot’s actions, I started to think. What if that has been someone throwing themselves off the bridge? What if they landed on a car and the person in that car was rushed to hospital? What if the person who died in the suicide attempt had a family member who went to see the woman and they fell in love?

This was the basic premise for the book. All I needed were the heroine and hero. The heroine was easy enough for reasons I’ve already mentioned above. The hero started out being a professional business man and ended up being a younger man, in the film and theatre world, inspired by someone I was watching on TV at the time. Anyone that knows me knows of my passion for Benedict Cumberbatch and he was the inspiration for Bennett Saville.

From there, the book just grew and grew and eventually I had a trilogy.

Barb – Which genres do you prefer to read?

Susan – Generally I read horror, psychological drama, suspense and anything supernatural, mostly around witches and magic. (I prefer my vampires and werewolves on the big screen.) I have a yen for Stephen King, Peter Straub, Deborah Harkness, Jonathan Kellerman, Phil Rickman.

I have however started reading romance stories and books, mostly by my fellow Boroughs authors, as I think I need to learn more about the genre I write in. There is such a diversity of imagination out there that meets all my reading needs and introduces me more to the world of romance so I can become a better writer in my chosen genre.

Susan – My books are all available via my website –www.susanmacnicol.com – or on my publisher’s website -www.boroughspublishinggroup.com. They are available in a variety of formats to suit any Smartphone or e- reader – I-phone, I-pad, Kindle, Kobo etc and of course you can download a pdf for your PC.

Barb – If I give you a time machine, what time period and in what place would you travel to?

Susan – You’ll think I’m crazy but it would be Victorian London in the 19th Century, specifically 1888. I have a fascination with Jack the Ripper and I’d like nothing better than to try and figure out his identity. This particular era holds a lure for me and is even dealt with in my first book. The proviso would be that I’d have to be filthy rich. I wouldn’t like to be poor in this time- that would be too depressing. I’d have to be a daring noble woman from a reputable family who has a yen for the truth and disguises herself as a common vigilante trying to track down the infamous Ripper… and therein is an idea for yet another book!

Susan – Other than the Starlight Trilogy, featuring Cassie and Bennett, (edits start soon for the next two books in the series), I’ve had another book and a short story accepted by Boroughs.

‘Saving Alexandria’ is a book about a damaged woman who needs to find a savior to help her overcome the demons from her past. I expect the edits on those to start in the New Year, if not sooner.

And on top of this, I’m busy writing a new novel, a little different from my norm. It’s a psychological crime thriller set in London, my favourite city, about a rough Italian detective, the independent investigative journalist who loves him and a very nasty, unpleasant yet charming serial killer. It’s taking some time as there’s a lot of research to be done on this one and it’s a little out of my comfort zone! But I like the challenge… 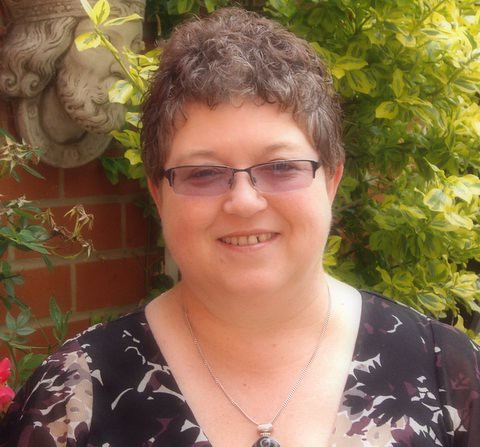 All about the author

Sue Mac Nicol was born in Headingley, Leeds in the United Kingdom. When she was eight years old, her family emigrated to Johannesburg in South Africa. One day after yet another horrific story of violence happening to friends around them, as a family they decided it was time to leave S.A. In December 2000, they found themselves in the Arrivals area at Heathrow and have been in the UK ever since, loving every minute of it.

In between her day job as a Regulatory Compliance Office for a financial services company in Cambridge, and normal daily life, the inspiration for the Starlight series of romance novels was born. Her characters, Cassie and Bennett, finally made their debut onto the flickering screen of a laptop and gave her the opportunity she has today to realise a dream she’d had since being a young girl old enough to hold a pencil.

Sue is a member of the Romance Writers of America and the Romantic Novelists Association in the UK. She lives in a town house in the rural village of Bocking, in Essex, with her husband of twenty eight years, Gary (who believes he deserves a long service award for putting up with her for so long) , two children, Jason, 24 and Ashley, 19 and a mixed collie mongrel called Blu. 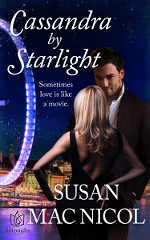 This was published as an e –book on 13 August 2012 by Boroughs Group Publishing.

This is the first in a trilogy which I call my ‘Starlight’ series. The second novel is due out by Dec 2012 with the final book in the Cassie and Bennett saga planned for early 2013. At the same time, I also have another new novel ‘Saving Alexandria’, due out in early 2013. This is a standalone book – details of what my new book/s are about can be found on my website www.susanmacnicol.com

Susan can be found:

Cassandra by Midnight is available at:

Previous Post: « One Plus One by Kay Dee Royal
Next Post: Book Feature – Raising the Bar by Lucy Felthouse »