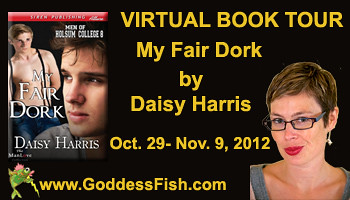 To improve your chances of winning, click HERE and follow the tour, leaving comments on as many stops as you can! I hope that you enjoy the information that Daisy is here to share!

Yes, there is sex.

Daisy – I’d live right here in my hometown of Seattle. I love it here! There are lakes and beaches and mountains everywhere. The people are liberal and environmentally conscious. The food is great. It’s like a little utopia in the upper left side of the country. Plus, we’re close to Canada. Win!

Barb – What are your guilty pleasures?

Daisy – Non-fiction. Whenever I really want to zone out on a Friday night, I read books about business development, or brain research, or politics. Since I write fiction for a living, I often feel like I should be reading more romance in my free time. And I do adore reading romance, but all too often I’m aware of how the book is put together and the tropes, and it’s hard for me not to analyze it and just get lost in the story.

But when I read non-fiction, I can just forget about writing altogether and learn about something completely outside my field. I’ll do this with Google and Wikipedia sometimes, too. I go on these flights of fancy where I’ll research some historical or social thing for hours on end. Maybe my brain needs informational input since I spend so much time creating worlds and characters and stories.

Daisy – I write entirely on a laptop. That said, I always brainstorm freehand. I’m a pantser, but when I outline, I always, always, do it on paper. Or, more often, on post it notes. For me, story planning is a very spatial exercise. I need to be able to see the story up against a wall or lay out all over my desk.

But if I try to transpose those words onto a computer file, they lose their meaning. The best I can do is stick one of the post it noted to my computer screen to remind myself what I planned to write next.

Barb – How long did it taken you to write your current book?

Daisy – I wrote My Fair Dork in a mad, breakneck frenzy. It’s 40,000 words. So, a long-ish novella. But still, I drafted the whole thing in 12 days. And compared to a lot of my other works, Dork required a lot less revising. I probably submitted the story within 15 days of starting it. That kind of speed is rare for me, though. I’ve only ever written that fast when working on My Fair Dork and the first book in the Holsum College series, College Boys.

Barb – Do you see yourself in any of your characters?

Daisy – I very much saw myself in Harold. I may not be a guy, or know what it’s like to have a penis. But I definitely know what it’s like to be uncomfortable in my skin. Most teenagers spend a lot of time obsessing about what they look like, and I was definitely no exception. Though my evolution from an ugly duckling to a pretty decent looking swan was slower than Harold’s, I definitely remembered several pivotal moments in high school, college, and in my twenties when I was like, “Wait a second…I’m actually kinda hot.”

But writing about Harold’s insecurity, and in particular his physical insecurity, was easy. I remember all too clearly what it was like to dress in weird and oversized clothes trying to hide. And how it felt to second guess everything you said and every step you took because you wondered if you looked like an idiot.  So, yes. I definitely saw myself in Harold. And I bet a lot of readers will see themselves in him, too.

Barb – What is your writing schedule?

Daisy – I used to write primarily in the late afternoon/early evening. But nowadays I write almost exclusively in the morning. I head to the coffee shop as soon as I get the kids out the door to school, and generally don’t leave until I’ve written 3000 words.

Daisy – I get my inspiration from all sorts of places—TV shows, life experiences, myths, movies, bible stories, other romance novels…but I probably draw more from 80’s teen movies than from any other source. Brat Pack and John Hughes movies had a deep impact on my psyche. Early John Cusack, Patrick Dempsey…the underdog hero and the guy growing up and finding love…sigh. So much great story fodder.

I also adore road trip movies, so I’ve drawn a lot of inspiration from movies like Sex Drive, French Kiss, and The Sure Thing. Holsum College was interesting for me, because most of the stories took place on campus. This was a big shift for me from my Ocean Shifters series and my Love-Bots series. Both of those were very road-trip heavy.

Barb – Your favorite books and author?

Daisy – I have a lot of favorite books and authors, but one thing I come back to again and again is the Coda series by Marie Sexton. When I’m deep in writing a story, I often can’t bring myself to read anything new. A new-to-me author’s voice will often throw mine off, so I re-read my favorites. And the Coda series is one of my go-to re-reads.

Other favorites include Muscling Through by JL Merrow, the Psy Cop series by Jordan Castillo Price, and the shorter, early works of KA Mitchell, like Hot Ticket and Custom Ride. I love all of KA Mitchell’s books, but for some reason, the short stuff is my comfort food.

Daisy – No. Absolutely not. And I never will. One of my favorite quotes of all time is, “What other people think of me is none of my business.” I’m not sure who said it originally, and I’ve seen it attributed to several sources. But whoever said it was right. I know from a marketing perspective that I should pay attention to what comes up with people Google my name. But personally, I just don’t want to know.

Barb – What is in the works for you next?

Daisy – Ah. Well, I’m working on a firefighter story right now. It’s set in Seattle, and I’m tentatively calling it “A Firefighter and a Twink Rescue a Puppy.” That’s not a very catchy name, though, so I’m sure I’ll change it before I send it in for submission. J

It’s longer than most of the stories I’ve written to date. In fact, it may end up being the longest thing I’ve ever written. So, that’s exciting. Also, the story is super duper cute. I love writing cute.

I have no idea when it will be released, though, so readers will have to catch up with me on Twitter or Facebook for more details. I’m assuming it will be subbed by mid November and accepted by some time in December. But as for publication? I have no way of knowing.

But I’ll try to work on something shorter after this one to hopefully give readers a book or two to tide them over while they’re waiting for the longer firefighter story to come out. J

Thanks for having me on the blog! 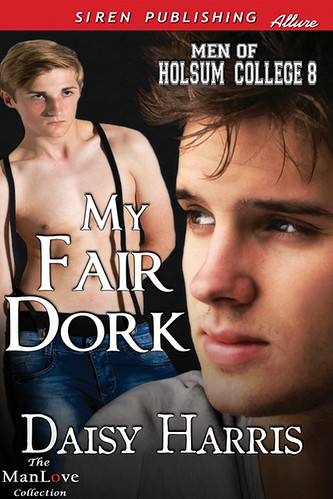 They say a guy can never be too hung. Well, Harold Jacobs doesn’t know who they are, but they’re wrong. Socially awkward for as long as he can remember, Harold feels his enormous package is just one more thing to be embarrassed about. Especially once hunky and popular Owen McKenzie notices it in the showers.

Owen knows he’s bi, but he keeps that secret close to his chest. He likes Harold, and wants to help him shed his dorky image and maybe even find a boyfriend. Still, Owen can’t stop obsessing about Harold’s equipment. And much as he doesn’t want to flip-flop on his sexuality, Owen does want to test-drive what Harold has between his legs.

Their friendship erupts into full-blown lust. But can Owen accept the loss of his golden child status and be Harold’s boyfriend? And can Harold outgrow his insecurity in time to keep the man he loves?

They say a guy can never be too big. Well—Harold Jacobs didn’t know who they were, but they were wrong. A guy could definitely too big. Sure, Harold’s family doctor had explained to him that women gave birth to babies, and that their vaginas…

He shivered, hardly able to think about it without making a face…

Their passages elongated during sex.

Not that Harold was ever going to find out whether sex would work with a vagina. What—with him being completely, one hundred percent gay. But still, he’d been stupid enough to ask his family doctor about it. And, predictably, the guy had reassured him that he was perfectly capable of having heterosexual sex.

At least, he thought that’s what Dr. Fredernick had said. It had been hard to understand him with all the stuttering and blushing.

Harold didn’t know what he’d been thinking, asking his mother to leave the room during his doctor’s appointment, when she’d taken him for his pre-college physical. What had he expected a seventy-year-old family physician to say that he hadn’t already learned online?

He stared sadly down at the thing—jutting between his legs like a saber, water dripping off the tip since he was in the shower. It was hard as usual. The fucker mocked him like that. He swore, his penis enjoyed getting hard all the time just because it made Harold extra awkward every moment of his life. 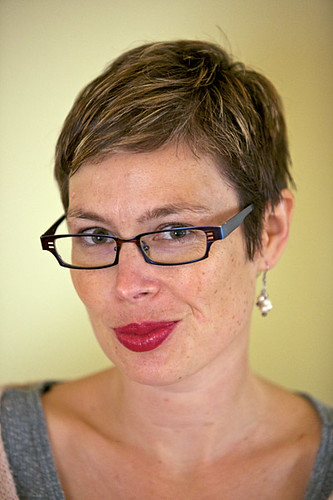 She writes about fantastical creatures and about young men getting their freak on, and she’s never missed an episode of The Walking Dead