To be entered to win, just leave a comment with your email address and to find more blogs to comment on and increase your chances of winning, click HERE. I hope you enjoy reading about this book as much as I did! 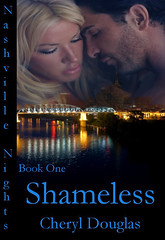 Trey Turner may be topping the country music charts, but his life has been going downhill since his wife left him five years ago. He’s desperate to make amends for the mistakes he’s made and convince Sierra their love deserves a second chance.

Sierra Brooks is happy for the first time since her divorce. She has a career she loves, and a man who loves her. Unfortunately, the man she intends to marry isn’t the only one professing his love for her. He may be able to offer her safety and security, but will she decide to risk everything for another chance with the man who broke her heart?

The sexy little waitress stretched to offer her neck as Trey Turner prepared to do another body shot at the urging of his inebriated friends. He licked the salt off her neck as he felt a small hand grip his shoulder.

“What the hell do you think you’re doing?”

He turned to see his wife, Sierra, staring up at him, disgust darkening her bright blue eyes. He heard a few of his friends mutter curses as the crowd broke up and went back to drinking and dancing.

“Baby, I was just havin’ a little fun.” His words slurred and he wondered how many body shots he’d had before Sierra intervened.

The waitress slid her hand down his chest, hooking a finger through his belt loop. “That was fun. How ‘bout we pick up where we left off later?”

Sierra turned away, not waiting for his answer as she began weaving her way through the crowd.

“Sierra, baby, wait,” he called, trying to push his way through the throngs of people before she reached the door. He grabbed her wrist just as she was about to cross the threshold. “Wait. Please, don’t go.”

“It’s over, I’m done with this shit,” she said, trying to shake loose of his grip.

He had more than a foot and a hundred pounds on her. She wasn’t going anywhere until he decided he was ready to let her go, which wouldn’t happen in this lifetime. “What’s that supposed to mean? Where the hell do you think you’re going?”

He felt the room begin to spin out of control. “What did you say?”

“I’m leaving you. Our marriage is over.”

His grip on her wrist tightened. “No, you can’t leave me.”

She pressed a hand to his chest. “It’s been over for a long time. I’m just making it official.”

“We’re not having this conversation out here in front of a hundred people,” he said, pulling her through the horde of friends he’d invited to his private party. He opened the door to the small dressing room usually occupied by the nightly entertainment that performed at Jimmy’s bar. “We’ll have some privacy in here.”

She was finally able to shake free of his tight grip. “I’ve already said everything I have to say to you.”

He gripped her waist. “Don’t do this, Sierra.” He bent to kiss her neck. “I love you, baby. God, I love you so much. I can’t live without you.” He backed her toward the couch as he lowered himself down on top of her.

“You’ve been living without me for the past year, Trey. You’ve spent your days on a tour bus and your nights in a stadium or bar.” Her voice broke. “We lost our baby girl and you don’t seem to care.”

“Don’t say that,” he whispered furiously. “Don’t ever say that I didn’t care about Callie. I loved her, Sierra. It damn near killed me when we lost her.”

She glared at him. “Really? Is that why you boarded that goddamn tour bus a week after her funeral?”

“I’m a musician; it’s what I do.” He knew the excuse was weak. Sierra was right. He’d been trying to run away from his grief and sadness instead of staying at home where he belonged, supporting his wife.

She shook her head, looking defeated. “It’s what you do—it’s who you are. Trey Turner, country music’s award-winning, platinum-selling mega-star. What about my husband? Callie’s father? Where is he?”

He closed his eyes, feeling disgusted with himself for letting her down again. “Baby, I’m sorry. Look, I know I’ve made mistakes, but let me make it up to you, okay?” His hand eased up her shirt to cup her breast.

Her head rolled back and she closed her eyes. “No, we can’t do this. It won’t fix the problem.” Making love to her may not solve all of their problems, but it would buy him some time to figure out a way to convince her to give him and their marriage another chance. “Just relax,” he whispered, licking her neck.

“Hmm, that feels so good.” She wrapped her denim-clad leg around his. “But then you had lots of practice with your girlfriend right before I got here, didn’t you?”

He cursed himself for indulging in the adolescent drinking game and giving his wife reason to question his fidelity yet again. “Sweetheart,” he whispered, flipping the button on her jeans. “You’re the only one I want; you know that.”

She squeezed her eyes shut as she shook her head. “No, I don’t.”

He hated that he had given her reason to doubt herself, to doubt them. “Let me prove it to you, then.”

His tongue traced the soft fullness of her lips until she finally parted for him. He groaned, taking her mouth with a savage intensity. His mind raced; fear warring with panic as he realized this may be the last time they made love, the last time he had the right to touch her. 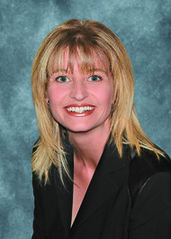 Cheryl began her professional career as a nutritionist, but her love of books started at an early age. She studied writing for many years before she decided to pursue her passion as a full-time career. After receiving constructive criticism from several well-known authors, Cheryl finally had the confidence to write her first romance novel.

The first book in the Nashville Nights series, Shameless, was a book that had been dwelling in Cheryl’s subconscious for years. For her, the surprise came when the manuscript began taking on a life of it’s own. Characters came to life, secondary characters became more prominent, outlines were forgotten, and a single title evolved into an eight book series, and another eight book spin-off series entitled Nashville Nights, Next Generation.

One word would aptly describe Cheryl: workaholic. She lives and breathes her writing, when she’s sleeping, watching TV, driving, reading… it’s always in the periphery of her mind. Her imagination rarely takes a holiday, even when she escapes to a sandy beach with her husband and son, she’s planning, plotting, outlining, and daydreaming.

Cheryl feels blessed to be able to get up every day and do something she loves. The thousands of fans who have embraced the Nashville Nights have made that possible. She writes for the readers who ask for more, she writes to satisfy the muse residing inside of her, but most of all, she writes because she couldn’t imagine doing anything else with her life. It took her thirty-seven years to decide what she wanted to be when she grew up, but now that she knows, she’s convinced she’s found her purpose.

Cheryl can be found: