It’s a celebration of beauty for Laura Howard’s critically acclaimed book, The Forgotten Ones. The author is gifting it to you FREE for two days, July 15th & 16th! On top of that she is giving away a $20 GC for participating in the social media blitz all week! Enter the Rafflecopter each day. New content will be available for sharing across the social media fairyland and you can get an addition 3 entries each day for sharing!
JOIN THE SOCIAL MEDIA BLITZ!
What some reviewers are saying:
““This book is so amazing! It’s one of those that speaks so vividly in your mind that you can’t help but get lost in!”
“5 Stars and a fantastically beautiful read. I definitely recommend to all who love fantasy, romance, or are just looking for a book to escape into for a while.”
“Enter another type of world you never knew existed but secretly wished it did. I can’t wait for book 2! Keep em coming out like pure gold Laura :)” 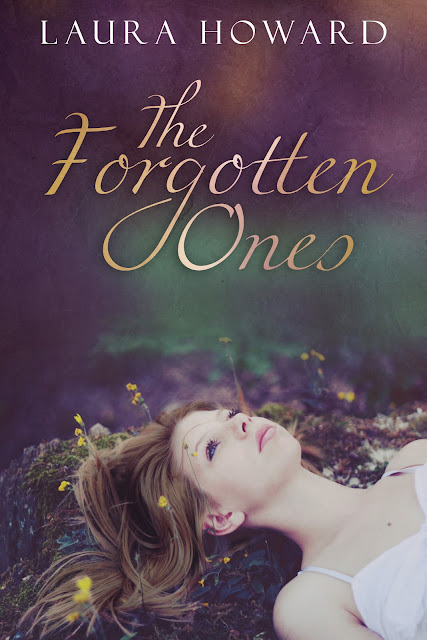 Allison O’Malley just graduated from college. Her life’s plan is to get a job and take care of her schizophrenic mother. She doesn’t have room for friends or even Ethan, who clearly wants more.

When Allison’s long-lost father shows up, he claims he can bring her mother back from the dark place her mind has sent her. He reveals legends of a race of people long forgotten, the Tuatha de Danaan, along with the truth about why he abandoned her mother.

Like many of us, her obsession began with books at the young age of six when she got her first library card. Nancy, Sweet Valley High and other girly novels were routinely devoured in single sittings throughout the years. Her mom was taking to her library nearly everyday so I could get her fix.
Reading took a backseat to diapers and babies when she had her first a little over a decade ago. She was lucky something she always wanted to be, a stay-at-home mom and stayed her focus until a release of a little saga called Twilight 8 years later and her love of fiction was reborn.

After co-authoring some fanfiction (just for fun), something unexpected happened: two fictional characters began inhabiting her thoughts. Soon after, more characters began to make themselves known. There was only one thing to do: Write the story that was in her heart.
Three years, hundreds of hours + several cups of coffee later, she has created a world for her two characters to live, love and discover. It is still a toss up at who loves the world more, her characters or her!
WEBSITE | FACEBOOK | TWITTER
a Rafflecopter giveaway

This event is sponsored by the author & The Finishing Fairies. This blog is in no way responsible for the gifting of the prizes. Book links are sponsor links and are from an Amazon advertising affiliate; a small fee is earned when purchases are made at Amazon through the link above.

Previous Post: « Lord Langley is Back in Town by Elizabeth Boyle
Next Post: Book Promo & Giveaway – Too Close by Elizabeth Krall »