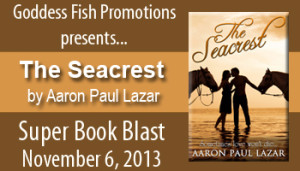 Today we are welcoming Aaron Paul Lazar to the blog! He’s touring his book, The Seacrest with Goddessfish Promotions. He’s here to share about his book and also to giveaway to randomly drawn entrants:

To enter the giveaway, please use the Rafflecopter below: 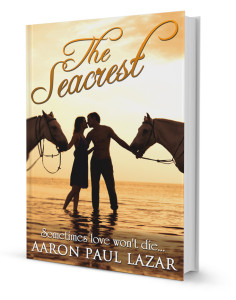 He was just seventeen when he had a torrid summer affair with the girl who stole his heart—and then inexplicably turned on him. Finn may have moved on with his life, but he’s never forgotten her.

Now, ten years later, he’s got more than his lost love to worry about. A horrific accident turns his life upside down, resurrecting the ghosts of his long-dead family and taking the lives of the few people he has left.

Finn always believed his estranged brother was responsible for the fire that killed their family—but an unexpected inheritance with a mystery attached throws everything he knows into doubt.

And on top of that, the beguiling daughter of his wealthy employer has secrets of her own. But the closer he gets, the harder she pushes him away.

The Seacrest is a story of intrigue and betrayal, of secrets and second chances—and above all, of a love that never dies.

Excerpts from The Seacrest by Aaron Paul Lazar, copyright 2013

Life can change in the blink of an eye. This blink came when a cop car cruised up The Seacrest’s white shell driveway on a hot Saturday in July.

I’ll never forget the moment. You know how folks remember where they were when John Lennon died? Or when President Kennedy was assassinated? It was like that, every detail stamped into my brain, forever.

A fresh breeze laden with the scent of the sea rustled blue flowers in a nearby hydrangea hedge. Hot and sweaty, I stood in the blazing sun, feeling like a fool. I’d just finished weed wacking around the paddock fence posts. Unfortunately, said weed wacker had spooked Libby Vanderhorn’s favorite mare, Serendipity, who I secretly called Dippy, because she was such a loose cannon. She’d bucked three times and knocking down several fence boards. Libby was a good rider, but this time she’d landed in a sprawling heap on the soft dirt, swearing at me.

The boss’s gorgeous, stuck-up daughter didn’t mince words, and the sting of her accusations still sounded in my head. How stupid can you be, Finn? What’s wrong with you?

Libby’s father held great power on Cape Cod. Rudolph Vanderhorn sat on so many boards, I’d lost count. His father’s fish canning company made a fortune back in the eighties, and he and his daughter had enjoyed the spoils ever since.

I stooped to pick up a hammer from my toolbox, planning to reattach the fence boards before any of Libby’s horses got hurt on the protruding nails. Curious now, I watched the Brewster Police car circle the long drive, heading toward the mansion. The local authorities stopped by every few days to discuss town matters with my boss. But today the blue light was flashing, which didn’t look like a casual visit.

A shudder went through me, and I turned cold. Something bad had happened. I sensed it. 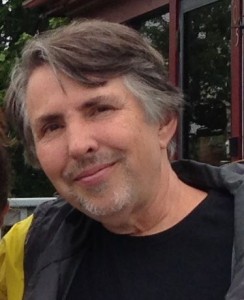 Aaron can be found:

Tremolo: cry of the loon

The Seacrest is available: