Today we are gushing over the cover to Cari Quinn’s next novel, Shadowboxer! We don’t get to read it until February, but we can enjoy looking at the cover! 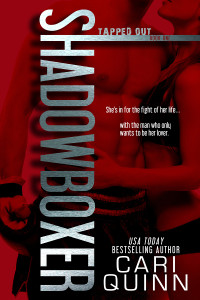 She’s in for the fight of her life…with the man who only wants to be her lover.

Fighter Mia Anderson has faced the dark side of life and survived. But just getting by is no longer enough. To fund her new life with her baby sister, she’s determined to beat the reigning king of the male fighters in New York’s underground MMA circuit, Tray “Fox” Knox.

Tray refuses to fight a woman, until he learns Mia’s tougher than anyone he has ever known. He soon realizes he wants more from her than blows and blood, and he’s willing to hit below the belt to get it. He’ll fight her, but if he wins, she spends the night in his bed. All night long, his rules. No tapping out.

Mia agrees, certain that he’ll lose. What she doesn’t realize is that Tray loves to fight dirty…and that this match may end up being the most important one of their lives.

**A NOTE** No men actually hit any women in this book, in the ring or out. 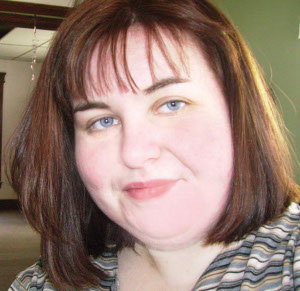 USA Today bestselling author Cari Quinn wrote her first story—a bible parable—in 2nd grade, much to the delight of the nuns at her Catholic school. Once she saw the warm reception that first tale garnered, she was hooked. Now she gets to pen sexy romances for a living and routinely counts her lucky stars. When she’s not scribbling furiously, she can usually be found watching men’s college basketball, playing her music way too loud or causing trouble. Sometimes simultaneously.

Previous Post: « All I Want For Christmas is a Duke by Delilah Marvelle and Marie Claremont
Next Post: A Wallflower Christmas by Lisa Kleypas »