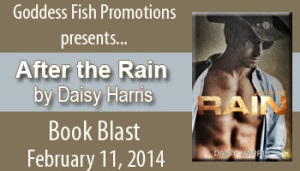 Today we are welcoming Daisy Harris to the blog. She’s here today to share about her book, After the Rain, but she’s also here to giveaway a $20 gift card to Amazon or Barnes and Noble to a randomly drawn commenter during the tour. If you are interested in being entered, leave a comment below. If you are interested in finding more places to leave comments, click HERE to find the tour schedule!

After the Rain
by Daisy Harris 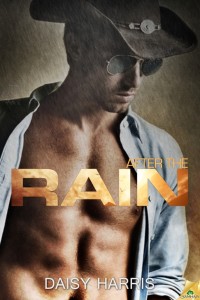 Henri’s list of bad exes is as long as his arm, but nothing prepared him for his latest, heart-stomping breakup. He thought he couldn’t feel more abandoned, until his ride for a group camping trip bails, leaving him stuck driving for hours with a guy who is absolutely not his type.

After breaking up with his girlfriend of five years, firefighter Logan is working up the nerve to explore his interest in men. He knows he’s gay. He just hasn’t had the guts to do anything about it…until now.

Henri’s big-city attitude and tight jeans push every last one of Logan’s buttons, and when he and Henri have to share a tent, Logan is thrilled. He should have realized Pacific Northwest weather would get wet—forcing them to strip naked. Though the steam between them is thicker than coastal fog, Henri’s not sure he can let himself fall for another man. Not even the guy who finally treats him right.

Warning: Contains bad ex-boyfriends, even worse weather, and more than your average amount of sex in a tent. May not be suitable for those with germ phobias, outdoor aversions or fear of damp shoes.

Jesus fucking Christ. Henri crouched to get a sweater from his bag, and more importantly, the cigarettes out of his pocket. Hands shaking, he popped one between his lips.

His preliminary test had been negative at the health center that morning—thank sweet God in heaven above, and Henri was totally going back to church as soon as possible—but he’d been informed he needed to get tested again in three to six weeks since seroconversion so soon after exposure was rare. With the stress of that hanging over his head, Henri wasn’t up to entertaining a complete stranger for five hours.

“Warnin’ you now, no smokin’ in my truck,” Logan said in a voice that was quiet but firm.

“I’ll try and remember that.” Imperiously, Henri flicked on a lighter and sucked in a drag. The paper crinkled as it burned, and the ember flashed red right before a soothing rush of nicotine sizzled through Henri’s bloodstream. If Logan was watching him, Henri did his best to ignore it. Something about the giant, blond-haired, blue-eyed cowboy rubbed Henri the wrong way. 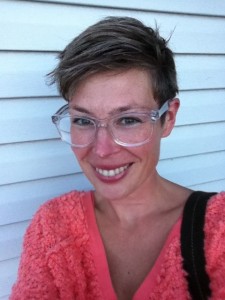 She writes about fantastical creatures and about young men getting their freak on, and she’s never missed an episode of The Walking Dead.

Want to learn more about new releases, general news and my latest inappropriate boy band crush? Sign up for my newsletter here: http://eepurl.com/b96xX

After the Rain on Amazon: http://www.amazon.com/After-Rain-Fire-Daisy-Harris-ebook/dp/B00EKJGRJA

Previous Post: « Beauty and the Blacksmith by Tessa Dare
Next Post: Falling for her Fake Boyfriend by Ann King »