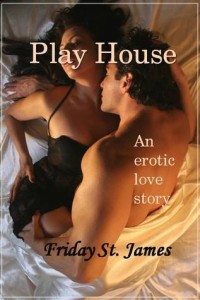 Kennedy suspected Richard of cheating for most of their marriage. When she finally catches him with his hands up the skirt of a young business associate, Kennedy finds herself single and jobless. So, she decides to rent the guest house. But, instead of the female requested, the real estate agent sends Seth Clayton, a sexy screenwriter recently separated from his girlfriend of four years. Seth’s own relationship woes don’t stop him from wanting to help Kennedy rebuild her self confidence from the outside in. But “hands off the broken chick,” he admonishes himself as he insinuates himself into her life. On the outside, exotic Kennedy is an easy fix. Inside, she has repressed her sexual desires to placate a controlling husband. Through Seth’s encouragement, her sexual awakening begins. Richard, not pleased by Kennedy’s new life and tenant, sends a spy to lurk outside the mansion. And the juicier the spy’s findings, the angrier Richard becomes. Meanwhile, Richard’s past dalliances with some unsavory women combined with emerging insecurities between Kennedy and Seth put the couple at risk. But, with Seth in her corner, as well as in her bed, Kennedy finds not just physical gratification but an emotional connection, as well.

Play House is available at Amazon

Why do you need to read this book? Interesting question. I bought this book thinking it was one thing and it turned out to be something different. After getting off to a bit of a slow start, I bonded with this story and enjoyed reading it all the way through. Pick up a copy and see what you think!

Previous Post: « Her Two Billionaires by Julia Kent
Next Post: Confessions from an Arranged Marriage by Miranda Neville »