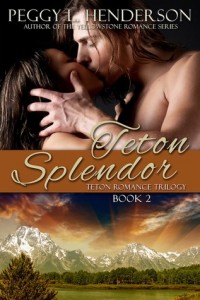 Naive and spoiled, Sophia Yancey believes she is the only daughter of a wealthy Boston businessman. She’s always struggled to fit in among the city’s elite due to her dark hair and bronze skin. When a rugged mountain man from the faraway Teton Mountains arrives to reveal her true identity, Sophia is in denial.

Joseph Walker made a promise to a dying friend: travel east to find the old Indian chief’s granddaughter and bring her back to her people. Unsure whether the girl is even alive, Joseph arrives on the doorstep of Byron Yancey, his only clue to her whereabouts. He expects to find Little Raven, a girl of Indian heritage. Instead, he meets stunning socialite, Sophia Yancey, and realizes that the journey home to the Tetons will challenge him in ways the wilderness never could.

Away from the confines of polite society, Sophia must rely on Joseph as they travel a long road of danger and discovery, wary of a killer seeking revenge. As love ignites between them among the grandeur of the Tetons, will Joseph be able to keep her safe, or did he make a grave mistake in removing her from the only life she’s ever known?

Why do you need to read this book? Another hit out of the park for Peggy Henderson – Beautiful scenery, characters that burn up the pages – great book!

Teton Spendor can be purchased from Amazon

(34230)
$59.99 (as of June 29, 2022 10:19 GMT -07:00 - More infoProduct prices and availability are accurate as of the date/time indicated and are subject to change. Any price and availability information displayed on [relevant Amazon Site(s), as applicable] at the time of purchase will apply to the purchase of this product.)