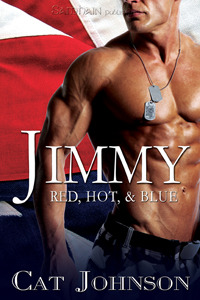 Social butterfly and a soldier in the Special Forces a match made in bed.

Special Forces gave Jimmy Gordon the undercover skills of a chameleon, but nothing prepared him for Amelia Monroe-Carrington, the governor s hot, redheaded daughter. She thought she was seducing a banquet waiter, and he let her.

His next assignment pulled him from her bed and into the worst six months of his life. Images of Lia were what kept him alive imprisoned in Kosovo, and even now he’s home and recovered, she’s still in his head.

For her father s political career, Lia has always done the appropriate thing, right down to dating a senator’s son. Her one rebellious act, an incredible night with a totally inappropriate man, ended when he disappeared. And then never called.

When they unexpectedly meet again, the pull between them is stronger than ever, tempting Lia to stop sacrificing her own happiness for the family dynasty.

This book has been previously published and has been revised and expanded from its original release.Warning: Contains incredible one-night-stand sex hot enough to withstand time, distance, and some really nasty terrorist torture.

Why do you need to read this book? I loved the chemistry between these characters – against all odds, they end up together!

Jimmy can be purchased on Amazon

(190)
$99.99 (as of November 25, 2022 10:02 GMT -08:00 - More infoProduct prices and availability are accurate as of the date/time indicated and are subject to change. Any price and availability information displayed on [relevant Amazon Site(s), as applicable] at the time of purchase will apply to the purchase of this product.)