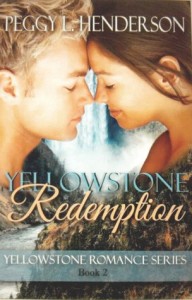 City boy Chase Russell is on the fast track to self-destruction. A star athlete, he gets into trouble with drugs and alcohol. Fulfilling a community service sentence in Yellowstone National Park is the last thing he wants to do. After a night of drinking in the park, he wakes up to find his new friends gone, and everything around him has changed.

Sarah Osborne grew up in the rugged Yellowstone wilderness. She can hunt and track right alongside the most experienced men. When some Indians drop a near-dead man off on her doorstep, she doesn’t know what to think. He’s convinced he’s from the future, and wants to find a way home.

Chase has no idea how he ended up time traveling to the past. He doesn’t know the first thing about surviving without modern conveniences. Finding your own food means a quick trip to the nearest fast food joint, not hunting and foraging for it. Time and again, his will is tested to stay alive in this untamed land. Is his growing love for a brave woman who shows him what it truly means to be a man strong enough to keep him in the past, or is he still determined to return to the ease and comforts of the future?

(9184)
$59.99 (as of February 2, 2023 10:13 GMT -08:00 - More infoProduct prices and availability are accurate as of the date/time indicated and are subject to change. Any price and availability information displayed on [relevant Amazon Site(s), as applicable] at the time of purchase will apply to the purchase of this product.)