Few people know that socially awkward Adrian Hart is actually rock god Kent Downer, and that’s the way Adrian likes it. His privacy is essential, especially now that he has guardianship of his orphaned, ten-year-old niece, Kate. But when the nanny quits in the middle of his tour Adrian finds himself in a bind.

Until Libby Myles walks into his life. 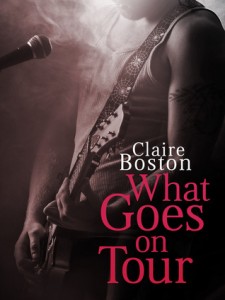 Libby has only ever wanted to become a full-time author and prove to her parents that she can make it on her own. On the surface, the temporary job as the nanny for Kent Downer’s niece looks perfect—the pay is fabulous, the hours are short and Kate is a big fan—it’s the rock star that’s the issue.

Arrogant and way too attractive for anyone’s good, Kent Downer has enough swagger to power a small city. But when he’s out of costume he’s different—shy and uncertain. For Libby it’s a far harder combination to resist. She needs to find a balance between work, writing and ignoring her attraction to the rock star, because if she falls for him, it could mean the end of her dream.

But when a horrible scandal is unleashed—putting young Kate in danger—there’s more heat between Libby and Adrian than just sexual attraction. Libby must figure out if Adrian ever cared for her, or if it was all just part of the show …

(25721)
$299.99 (as of November 25, 2022 10:02 GMT -08:00 - More infoProduct prices and availability are accurate as of the date/time indicated and are subject to change. Any price and availability information displayed on [relevant Amazon Site(s), as applicable] at the time of purchase will apply to the purchase of this product.)