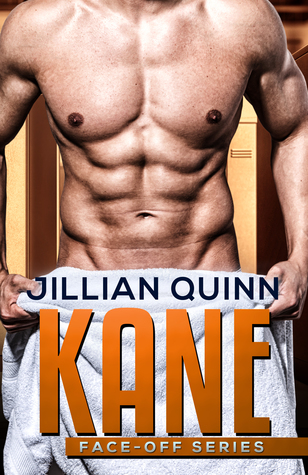 As the captain of the Philadelphia Flyers, Tyler Kane has an ego the size of his hockey stick. He’s hot as puck, outscores all the centers in the league, and can get any girl he wants. Except the girl he wants is off-limits, a constant reminder of the bad decisions he made in the past. Until he meets Kennedy Lockwood, a feisty sports reporter that challenges Tyler and forces him out of his comfort zone.

He should leave her alone and spare her the drama that comes with his life outside the rink. But she insists there’s more to his story, wants to crack the ice around his heart and expose his secrets in the process. When Tyler agrees to an exclusive interview with Kennedy, he had every intention for it to end with smoking hot sex.

But he didn’t realize the sexy blonde who writes about hockey players and their big sticks would be the one to hit him the hardest.

Kane is a standalone hockey romance novel with a HEA and the second book in the Face-Off Series. This book can be read without reading the first book, but it is recommended to read them in order.

(9630)
$49.99 (as of February 5, 2023 10:29 GMT -08:00 - More infoProduct prices and availability are accurate as of the date/time indicated and are subject to change. Any price and availability information displayed on [relevant Amazon Site(s), as applicable] at the time of purchase will apply to the purchase of this product.)

Previous Post: « Goal Tending by Jami Davenport
Next Post: How to Plan a Wedding for a Royal Spy by Vanessa Kelly »