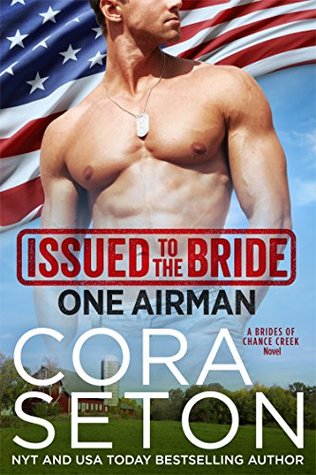 Airman Connor O’Riley never believed in love until he saw proof of it in the most unlikely place–a battlefield in the middle of the Syrian civil war. Now he’s in hot water with the Air Force, and if he wants to clear his name he’ll have to put his new-found belief in love to the test–by convincing his superior officer’s daughter to marry him.

Sadie Reed is done with love. Her poor choices nearly got her sisters killed when she fell for a man entrenched in the drug trade. She’s ready to leave Chance Creek—just as soon as her sister returns from her honeymoon. So when a handsome airman shows up at Two Willows, with orders from her father to help Sadie build a legacy project, she gives Connor one month to get it done.

Connor never thought he’d fall for Sadie, but when he learns she means to leave, he knows far more than his mission–and his future–is at stake. Can he convince her to stay?

Or will love remain out of his reach for good?

(82652)
$54.99 (as of September 30, 2022 16:40 GMT -07:00 - More infoProduct prices and availability are accurate as of the date/time indicated and are subject to change. Any price and availability information displayed on [relevant Amazon Site(s), as applicable] at the time of purchase will apply to the purchase of this product.)