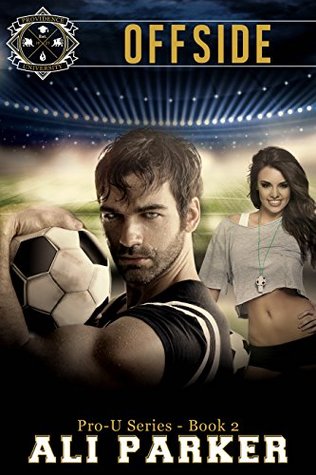 Jacob Wright is president of the largest fraternity on campus, and he’s known as a lady killer, and a bit of a slut. He wears his badges proud and never leaves anyone with the pretense that he’s something he’s not. Having to balance working at his father’s restaurant with school and soccer has become almost impossible, but there’s a new reason for wanting to show up – Emily.

Emily Campbell has heard all about Jacob Wright and his unruly ways. There’s not too many girls on campus that don’t wish for a night in his bed, but Emily can’t imagine why. He’s impossibly sexy, but that only goes so far. After taking a job at the local pizza parlor on campus, she realizes that she’s going to get a large dose of the frat boy and his wild ways.

Jacob might think that Emily is willing to play his game, but she’s going to throw out a flag and call it like she sees it – Offside.

(56443)
$34.99 (as of June 22, 2022 12:00 GMT -07:00 - More infoProduct prices and availability are accurate as of the date/time indicated and are subject to change. Any price and availability information displayed on [relevant Amazon Site(s), as applicable] at the time of purchase will apply to the purchase of this product.)