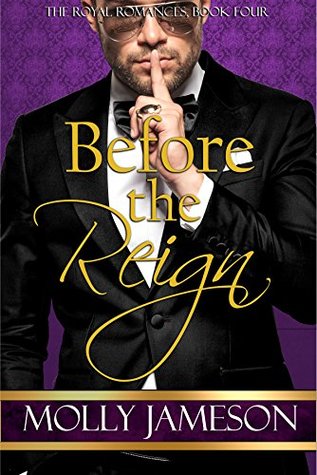 Jamie can’t help that he is charming and reckless, that he lives for the moment.

He also can’t help that he is James Victor Albert, His Royal Highness the Prince of Wales. Jamie’s devil-may-care attitude and his destiny as a future monarch often come into conflict, but his father’s cancer is forcing Jamie to face the future that has been laid out for him since his birth, a future that his parents hope will include Astrid, the Crown Princess of Sweden, a perfectly proper, uptight royal who couldn’t be more different from Jamie.

When Jamie is caught at a posh London party where drugs are discovered, he decides to leave the London limelight. The south of France seems just the place to hide out, contemplate his future, and most of all, avoid Astrid!

As the only child of the king of Sweden, Astrid knows she’ll have to marry, and marry soon. She also knows she will not, under any circumstance, marry Jamie! One need only glance at the gossip rags to know that Jamie is nothing more than a self indulgent playboy. Yet her mother persists in forcing the match on Astrid. She has to get away. How fortunate that she has an old friend from school in Provence.

Her friend, intent on helping Astrid find a man, transforms the serious, dutiful princess into a flirtatious, care-free Frenchwoman. Freed from the constraints of royalty, Astrid is drawn to a handsome, alluring stranger with secrets of his own. Meeting in shadows and under cover of darkness, disguised in appearance and demeanor, the pair enjoys a romance that could only blossom in the lush, fertile beauty of Provence. Until a tragedy forces Astrid to relinquish her persona and take up once more the mantle of monarchy.

When a terrorist attack shakes her native Stockholm, Astrid will need help getting back to Sweden. Fortunately, that help has been beside her this entire time. The man she’s always hated is suddenly the person she relies on, a capable prince whose strength both comforts and seduces her.

Is the real Jamie the bad boy she’d always thought him to be or the irresistible stranger she’s come to know in Provence?

With danger and international plots swirling around them, will Astrid give Jamie the chance to prove he can be the kind of man she wants both at her side and in her bed?