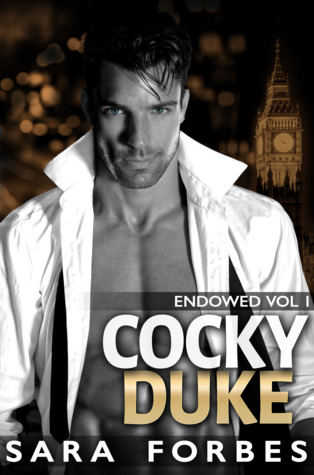 Two weeks touring art galleries in London—that’s what my Uncle Stig promised. It was going to be a nice quiet trip with my favorite relative who also happens to be the US Ambassador to England. The only problem? It’s a little too quiet. I crave something more than four o’clock tea and crumpets.

Which is how I end up at Jayvee’s, a London nightclub. While my uncle discusses politics with diplomats, I’m on the other side of town, heating up the dance-floor. I capture the attention of Lord Fernborough and he corners me in the nightclub.

Just as I’m about to be swept off my feet by his icy blue eyes, he tells me how he insulted the US Ambassador on national TV. I return the favor by throwing my Cosmopolitan in his face.

No one disses my uncle.

His Grace (that’s how his employees refer to him) calls twenty-six times before I toss my phone in the Thames. I don’t care who he charmed to get my number. I don’t care if every muscle in my body thrums with lust within two seconds of meeting him.

The cocky duke can go to hell because I’m flying back to the West Coast at daybreak.

(94630)
$34.99 (as of December 2, 2022 10:14 GMT -08:00 - More infoProduct prices and availability are accurate as of the date/time indicated and are subject to change. Any price and availability information displayed on [relevant Amazon Site(s), as applicable] at the time of purchase will apply to the purchase of this product.)