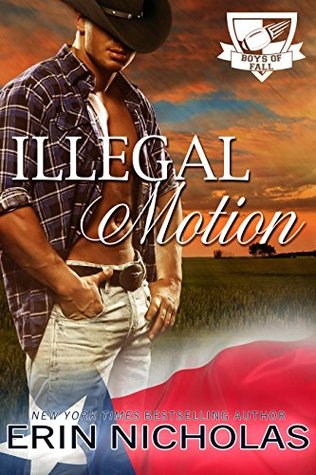 A Boys of Fall novel

Carter Shaw isn’t a man anyone would mistake for a good guy. He’s has always been intense, up for anything and fearless —on the football field, when wearing his badge and in the bedroom.

But pleasure is never mixed up with love. His unstable upbringing was more than enough to scare him off commitments for good.

Until he meets Lacey Andrews.

A true do-gooder, heart and soul, Lacey is the only woman to ever make Carter wish he was a better man.

It’s probably a good thing his best friend fell in love with her first.

Even when Garrett is shot and dies in the line of duty, Carter knows he can’t give her everything she wants and needs. Until she shows up on his doorstep in nothing but a trench coat and pink lingerie. Now there may be a few things he can offer…

(1257)
$54.99 (as of November 25, 2022 10:02 GMT -08:00 - More infoProduct prices and availability are accurate as of the date/time indicated and are subject to change. Any price and availability information displayed on [relevant Amazon Site(s), as applicable] at the time of purchase will apply to the purchase of this product.)