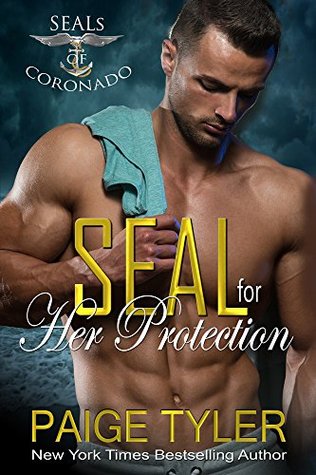 He saved her from the danger once before. Can he save her again, this time from danger he doesn’t even see coming?

When investigative journalist Hayley Garner is kidnapped by terrorists, she’s sure they’re going to kill her. But in sweeps handsome Navy SEAL Chasen Ward to rescue her. After getting her to safety, he disappears into the night before she can even thank him.

Weeks later, while covering a story on the local navy base, Hayley runs into Chasen again. Even though she didn’t see his face that night he rescued her, she can’t forget his beautiful blue eyes.

The attraction is immediate and intense, and Hayley finds herself falling into a fiery romance with the hunky hero out of her dreams. Guys like this aren’t supposed to really exist, but Chasen does, and damn is he hot.

But ever since she got back home, Hayley has had the feeling someone’s been watching her. Is it post-traumatic stress or does she have a reason to be afraid? Good thing she has a Navy SEAL to protect her.

(519608)
$24.99 (as of September 24, 2022 16:02 GMT -07:00 - More infoProduct prices and availability are accurate as of the date/time indicated and are subject to change. Any price and availability information displayed on [relevant Amazon Site(s), as applicable] at the time of purchase will apply to the purchase of this product.)