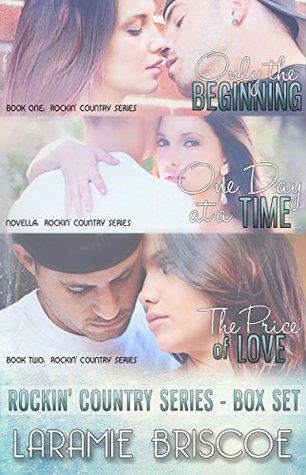 Hannah “Harmony” Stewart has lived most of her adult life in the spotlight. It hasn’t always been easy. One heartbreak almost ruined her. Some days it’s hard to keep a smile on her face and stay positive,but there are a lot of people counting on her to keep it together. Just when it seems like she’s at the pinnacle of her career, her life takes a turn. She meets a man who challenges everything she knows about herself and makes her question if the life she’s living is for her or for the Nashville machine.

Garrett “Reaper” Thompson is tired. Touring and keeping up appearances with his band “Black Friday” is beginning to wear him out. He’s ready for a change, ready for something different. When he meets Hannah at an awards show, he knows that she’s the one, he knows that he can’t live without her.

Their own insecurities, their fans, her ex-boyfriend, and the media themselves. Can they look past it all and come through on the other side? For their story – this is only the beginning.

Book #1.5 in the Rockin’ Country Series

One Day At A Time

Celebrity Couple.
Perfect in the public eye; imperfect in private.
Perfectly imperfect for each other.

Reaper and Harmony are finally off the road and ready to just be Garrett and Hannah. Excitement turns into fear when they start to learn more about each other. Gone is the glitz and glamour of hotel rooms and living on the road.

Now it’s real-life, and they have to learn how to deal with one another on a day-to-day basis.

Will they be able to withstand the pressure, or will they fold under the weight of the public machine?

Book #2 in the Rockin’ Country Series

The Price of Love

Harmony and Reaper thought life would be easier once they sealed the deal. Stage personas put to the side, settling into marriage should have allowed them to be Hannah and Garrett to the world at large.

Boy, were they ever wrong!

Pressure from record companies, fans, and the people surrounding them put their brand-new union under the strain of the entertainment machine. Long nights apart, quick meetings in hotel rooms, and new faces on the music scene were not what either of them thought they would have to contend with.

When love is strong, emotions go haywire, and frustration is at an all-time high, everyone’s true colors are revealed.

Hannah and Garrett have a decision to make–is fame worth the price of love?

Previous Post: « Cowboy, It’s Cold Outside by Katherine Garbera
Next Post: Love on the Rocks by Kay Harris »