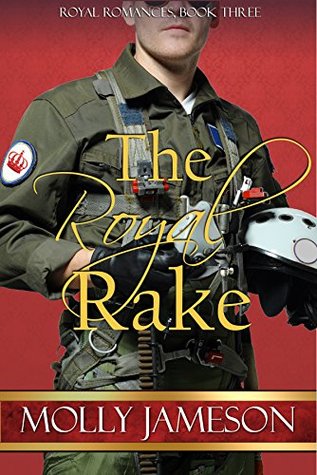 Prince Leopold, fourth in line for the throne of England, has earned his bad reputation. He loves the thrill of being a daredevil search and rescue pilot every bit as much as he loves being the center of attention—female attention, that is. Charming and naughty, Leo has left a string of broken hearts that is about to catch up to him…

Evie Bartlett runs a tea shop and bakery in Bath, England and is desperate to boost her flagging business. So, hoping to attract a younger set of customers, she holds a speed dating tea party at her shop. Which is going very badly until a prince walks in…

Leo never expected to be attracted to a woman like Evie, mouthy, awkward, and passionate. He thinks she’s just not his type—until a scandal breaks. His ex has overdosed and the press say he’s to blame. Evie offers him a place to hide…and more!

Leo and Evie’s sexy story is a roller coaster ride of witty banter, steamy hook-ups, and a hint of danger. The third book in the series, it reads perfectly as a standalone. A hilarious dinner party scene at Buckingham Palace is a great introduction to all the characters in this Royal family.

Get your copy today!

(61460)
$38.99 (as of February 5, 2023 10:29 GMT -08:00 - More infoProduct prices and availability are accurate as of the date/time indicated and are subject to change. Any price and availability information displayed on [relevant Amazon Site(s), as applicable] at the time of purchase will apply to the purchase of this product.)

Previous Post: « Tangled Up in Princes by Molly Jameson
Next Post: A Royal Christmas Princess by Scarlet Wilson »