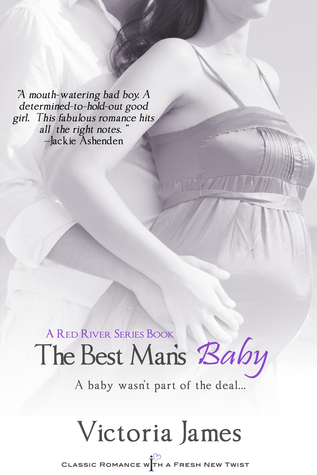 Florist Claire Holbrook has always played by the rules her entire life, but breaks them to spend one night with sexy lone wolf Jake Manning, a man she’s adored since she was a teenager. Six weeks later things get complicated when she discovers they created a bond that will last a lifetime…

Jake has never played by the rules. Getting Minister Holbrook’s daughter pregnant wasn’t part of any life plan, but he won’t run from his responsibilities. He’ll step up and be the best man he can, even if he doesn’t have a clue where to begin. The more time he spends with Claire, though, the more he wants her, and the harder it is to get close because that would mean sharing the one thing he hasn’t with anyone—the truth and his heart.

(920963)
$29.99 (as of June 29, 2022 10:19 GMT -07:00 - More infoProduct prices and availability are accurate as of the date/time indicated and are subject to change. Any price and availability information displayed on [relevant Amazon Site(s), as applicable] at the time of purchase will apply to the purchase of this product.)