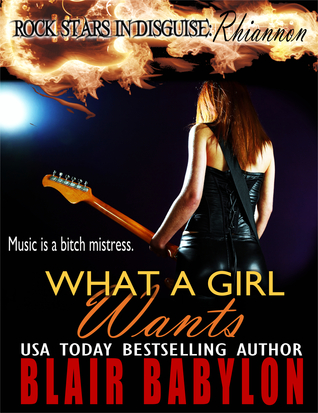 Music is a bitch mistress.

When Rhiannon is hired as a back-up singer for Killer Valentine, the hottest breakout rock band on the planet, her contract includes an iron-clad no-fraternization clause. However, it doesn’t take her long to figure out that Killer Valentine is falling apart from the stresses of touring and promotion. The band’s manager Jonas Rees, a green-eyed starmaker, is frantically trying to prevent them from self-destructing during their grueling tour and right before their first major-label record deal, but neither Jonas nor Rhiannon can deny the attraction that flares between them.

When the band’s problems threaten to derail the tour and Jonas slips and reveals their relationship, the lead singer demands that Rhiannon choose between music and love.

(73548)
$14.50 (as of September 30, 2022 16:40 GMT -07:00 - More infoProduct prices and availability are accurate as of the date/time indicated and are subject to change. Any price and availability information displayed on [relevant Amazon Site(s), as applicable] at the time of purchase will apply to the purchase of this product.)