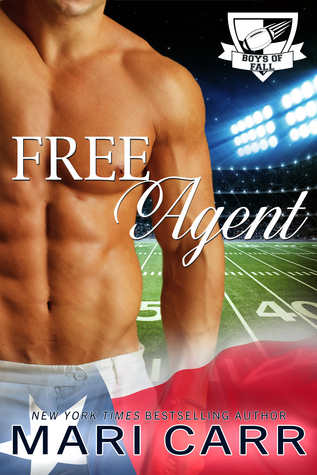 Tucker Riley had only one aspiration in high school. Get the hell out of Quinn the second that diploma was in his hands. Tucker was finished picking his drunk, worthless father off the floor night after night, sick of watching his mother work two jobs to keep food on their table because his dad couldn’t support the family. An average student, Tucker saw only one way out—his talent as quarterback on the gridiron. And his plan worked. Problem was college was still school, so after his sophomore year he turned pro and never looked back, never had any regrets.

Except her. Lela and Tucker were childhood sweethearts. Along with Coach, Lela helped him forget about how bad things were at home. Tucker broke up with Lela right after graduation and hit the road. Once he cleared the outskirts of Quinn, he made a vow never to return. For twelve years, he kept that promise, unwilling to face the father he’d cut out of his life and unable to face the girl he never stopped loving.

When Tucker gets a call that Coach Carr has suffered a heart attack and needs help, Tucker is faced with a decision. Does he return with his teammates to help his beloved coach? Does he run the risk of running into the father he’s left in the past? And if he does come home, what does he say to Lela? How can he make up for disappearing from her life so completely?

(200098)
$49.99 (as of July 6, 2022 10:43 GMT -07:00 - More infoProduct prices and availability are accurate as of the date/time indicated and are subject to change. Any price and availability information displayed on [relevant Amazon Site(s), as applicable] at the time of purchase will apply to the purchase of this product.)