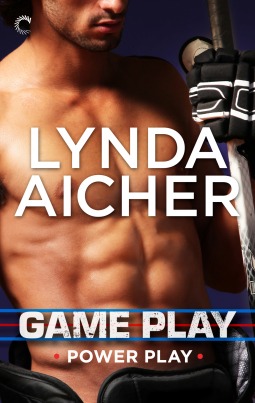 One night, one time, nothing more. That’s all it was supposed to be. They’d agreed their first night together would be their only night together—and Minnesota Glaciers defenseman Dylan Rylie was fine with that. Giant hickeys and claw marks on his ass had never been his style, even if the very memory of Samantha Yates’s merciless sexual energy gets him hard within seconds. He needs to focus on getting a better contract, not mind-blowing orgasms.

One night, one time, nothing more. Fresh off representing the US at the Games and with nowhere else to play, Samantha gave in to one night of frantic passion with the Glaciers’ brawny hotshot. She couldn’t get hurt—not if she controlled the outcome. And she planned to leave Minnesota soon, anyway. She didn’t expect to be recruited to coach Dylan after they’d gotten down and dirty.

When brutal on-ice workouts lead to kinky locker room sessions and “one night” falls by the wayside, Samantha insists on keeping things casual, despite Dylan’s quiet hope for more. But when Dylan goes down—hard—and his career is in jeopardy, Samantha is the first one by his side. What will it take to keep her there after he’s healed?

$34.99 (as of September 30, 2022 16:40 GMT -07:00 - More infoProduct prices and availability are accurate as of the date/time indicated and are subject to change. Any price and availability information displayed on [relevant Amazon Site(s), as applicable] at the time of purchase will apply to the purchase of this product.)