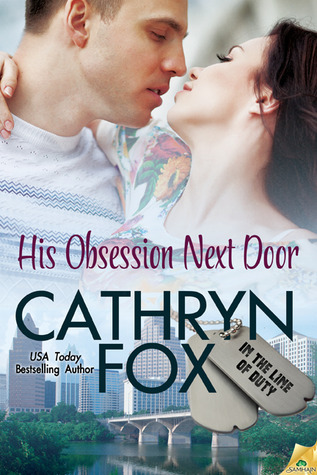 “Once the fuse is lit, there s only one way to extinguish the flames.”

Years ago, Cole Sullivan made a battlefield promise sealed in a dying man s blood to take care of his best friend s little sister. Now he s forced to live with the fact that Gemma Matthews is completely off limits.

Though Gemma’s always had a crush on the darkly handsome, far-too-serious explosives expert, she can t forget the sting of his rejection. Now here they are, ten years later, with Cole still stubbornly in the role of protector. But when she catches him watching her from his house next door, she jumps at the opportunity to show him “everything” he s been missing.

Cole can barely keep his cool at Gemma s bedroom window performance. He s never been a risk taker, but her all-out campaign of seduction ignites a fuse that can only blow up in his face.

All thoughts of backing off are swept away in the heat of reckless passion. Leaving him wondering how he will live with himself amid the razor-sharp shards of his broken promise.

(1257)
$54.99 (as of November 25, 2022 10:02 GMT -08:00 - More infoProduct prices and availability are accurate as of the date/time indicated and are subject to change. Any price and availability information displayed on [relevant Amazon Site(s), as applicable] at the time of purchase will apply to the purchase of this product.)