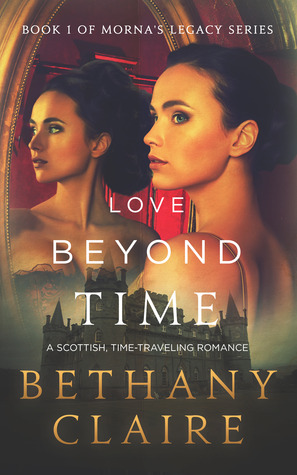 It began nearly four hundred years ago. The Conall clan and all their people were murdered in a surprise attack, their beloved castle and all evidence of who destroyed them burned to the ground with their bodies. In the centuries following, archaeologists searched through the ruins looking for any evidence of what or who had caused the untimely demise of such a powerful Scottish clan. All efforts were fruitless, until a spell put in place by an ancient Conall ancestor finally began to work its magic…

Texas kindergarten teacher, Brielle Montgomery, finds comfort in the mundane routines of her life, but when her archaeologist mother asks her to accompany her on a dig in Scotland, she decides to step out of her comfort zone. Once in Scotland, they discover a secret spell room below the castle ruins, and Bri finds herself transported back in time and suddenly married to the castle’s ill-fated Laird. Now, she must work to change the fate of his people, all while trying to find a way to return to her home and century. But with each passing day, Bri finds herself falling more deeply in love with her new husband. If she can find a spell to bring her home, will she use it? And if she stays, will it ultimately mean her own death as well?

(502579)
$24.99 (as of July 6, 2022 10:43 GMT -07:00 - More infoProduct prices and availability are accurate as of the date/time indicated and are subject to change. Any price and availability information displayed on [relevant Amazon Site(s), as applicable] at the time of purchase will apply to the purchase of this product.)

Previous Post: « My Lady My Lord by Katharine Ashe
Next Post: Crash into me by Tracy Wolff »