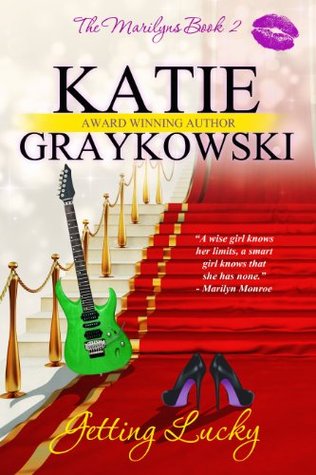 Lucky Strickland has lost everything. First it was her dignity and then it was her husband and now it’s her house. She’s penniless, stuck at the McDonalds in Bee Cave, Texas, and her only hope, her brother-in-law, just stole her car.

Eighteen months ago, she’d been the wife of rock-and-roll legend, Ricky Strickland. Rock-My World, their reality TV show, was the number one. Then, on the live season finale, Ricky had introduced her to his mistress and their three daughters. Lucky stormed out. Ricky followed after her and wrapped his car around the nearest oak tree.

Will Brodie, Lucky’s bother-in-law, will do anything to get her back home. Lucky needs to grieve for her husband and take care of the lawsuit the realty TV network filed. They want their money back OR for her to film a new realty TV show—with Ricky’s children. Two months ago, Ricky’s daughters lost their mother to cancer—now they only have Will.

If Will can get Lucky to open her heart to the girls and to him, maybe he can finally give Lucky the family she’s always wanted.

(6001)
$59.99 (as of February 1, 2023 10:13 GMT -08:00 - More infoProduct prices and availability are accurate as of the date/time indicated and are subject to change. Any price and availability information displayed on [relevant Amazon Site(s), as applicable] at the time of purchase will apply to the purchase of this product.)