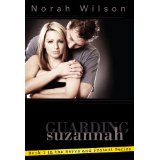 Criminal defense attorney Suzannah Phelps is the bane of the St Cloud police department (they call her She-Rex for her habit of shredding cops in the witness box). She is currently being stalked, but is reluctant to report it to the police, whom she half suspects of being the perpetrators.  But when Detective John (Quigg) Quigley learns of it, he’s determined to protect her, at considerable risk to his career.  They’ve struck sparks off each other in the courtroom, and he’s burning to do the same in the bedroom.  When the danger escalates, he has the perfect excuse to pose as her boyfriend, but the closer they get, the more the lines between pretense and reality blur.

The Ice Princess is being stalked and she can’t complain to the cops as she excels at taking them to pieces on the witness stand!  Suzannah Phelps is one of the best defense attorneys in New Brunswick.  Police Detective John Quigley admires Suzannah’s skill in the courtroom and he just happens to be close when she discovers the latest bouquet of dead roses in her locked car.  Although she doesn’t ask for help, John’s curiosity is stirred and he follows her to find out what is going on. The more John learns about this stubborn, bright woman, the more he wants to learn.  He understands why she doesn’t want to call for help, and is determined, as the situation escalates, to protect her from whomever is threatening her.

Guarding Suzannah is a great romantic suspense story.  Suzannah has the name of The Ice Princess for her demeanor in the courtroom and her ability to shred the evidence of most cases she defends.  The descriptions of her in the courtroom are wonderfully written.  The little asides and reactions from the onlookers have the reader cringing in anticipation of what’s to come.  It is so vividly written, the reader can almost visualize the scene in their mind as it unfolds in print.  Enough background is give for Suzannah, that all of her mannerisms and actions are completely understandable and in character.  The logic in her arguments and discussions with John are fitting with her being a defense attorney.  The character of John isn’t written as an over-the-top alpha male, but as more of a caretaker personality.  This highly intelligent, not-too-confrontational personality is not threatening to Suzannah.  I think it is his personality that allows Suzannah to accept his help.  The character of “Bandy” is adorable!  A great addition to the story.

The romance portion of this books is well written.  There is enough chemistry between John and Suzannah to make for a well-heated love story.  The suspense portion of the story has the reader turning pages to find out who the stalker is.  I’m not a huge fan of suspense novels, but this story was written as a love story with some good suspense thrown in to add some dimension to the story.

I enjoyed this story and since it is the first of a 4 story series, I will be looking for the next in the series!

This book is available on Smashwords

Or on Amazon: Guarding Suzannah (Serve and Protect Series)