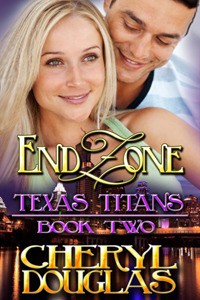 High Rollers marketing director, Matt Hudson, has had a thing for Kristen Beck for as long as he can remember. She was the untouchable prom queen who was out of his league back in high school, but the tables have turned. Since Matt was named one of cities most eligible bachelors, he can have his pick of beautiful women. As soon as he sees a magazine profile touting the success of a certain sexy event planner, he knows he’s found the one he wants.

Ever since her magazine feature, Kristen Beck has had more job offers than she knows what to do with, but when her irreplaceable assistant demands a stress leave, Kristin knows she can’t afford to take on any more projects. When one of the partners in the High Rollers chain calls to offer her a lucrative contract, she regretfully declines.

But she has no idea Matt Hudson isn’t willing to take no for an answer.

End Zone can be purchased from Amazon

Why do you need to read this book? First of all – it’s book #2 of a series 🙂 Other than that – I loved the character of Matt – he’s wonderful! Well worth the read! 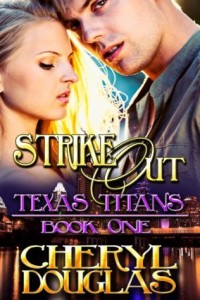 When professional baseball player, Zach Foster, agreed to go into business with five of his best friends, he didn’t expect their little sports bar to evolve into a national chain, spanning fifty states, but it did. The business helps to fill the void in Zach’s life during the off-season, but when he closes his eyes at night, he still can’t forget the girl who left that gaping hole in his heart when she left him standing at the altar.
Lauren ‘Rennie’ Alexander would do anything to fulfill a sick child’s wish. Not only is it her job, as director of the Sky’s the Limit Foundation, but it’s her passion. So when her assistant brings her a letter scribbled in crayon, complete with an application from the little boy’s loving parents, Rennie is ready to make another dream come true. Until she realizes that sick little boy’s dream is her worst nightmare. He wants to meet his hero, baseball player, Zach Foster. The same lying jerk who broke Rennie’s heart. It’s seems she has no choice but to take one for the team.

Strike Out can be purchased from Amazon 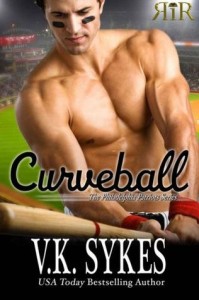 Taylor Page has never wanted anything but a career in major league baseball. Through talent and guts, she’s finally landed a position as Assistant General Manager of the Philadelphia Patriots. But she wants the ultimate prize—General Manager. The only problem is that most men in baseball still don’t take a woman exec seriously, especially a thirty-year old blonde with no on-field experience. She needs to do something big to convince her bosses she has what it takes to run a team.

Veteran Pittsburgh outfielder Ryan Locke’s career is in jeopardy when a suddenly unreliable throwing arm comes on top of rehab from a major injury. He’s had a solid run but he’s not a star with a mega-contract. A single parent with a troubled daughter and an alcoholic mother to provide for, retirement is out of the question. Ryan’s best hope is for a trade to an American League team as a designated hitter, allowing him several more years of play.

When Taylor needs to find a replacement for an injured first baseman, she comes up with an innovative but risky idea: convince her boss to make a trade for Ryan Locke, and then convince the still talented slugger to play first base for the Patriots. With Ryan dead-set against that plan and both their careers on the line, neither Taylor nor Ryan can afford the explosive physical attraction between them. But despite Taylor’s best efforts to resist Ryan’s campaign of seduction, she’s not sure she’s got to willpower to keep from playing along.

Why do you need to read this book? This was a great story of a strong woman holding her own in a man’s world. I loved the character of Taylor!

Curveball can be purchased at Amazon

While Ryan paid the bill for their drinks, Taylor slipped out into the hallway, too jittery to wait in the lounge. And though it was unlikely that anyone from the party downstairs would come up and stumble across them, she loathed risking even the slightest chance.

The part of her brain not completely swamped by the need to be in Ryan’s arms was knocking hard on the inside of her skull, telling her to run, not walk to the nearest elevator and flee the hotel.  But with all the will in the world, she couldn’t.  As she watched Ryan through the glass doors of the bar, taking in his easy and unconscious masculine grace as he exchanged a few words with the waitress, she knew she wanted him as much as she’d ever wanted anything in life—including her job with the Patriots.  Nothing had ever come close to that before, and the idea that a potential relationship with Ryan did come that close filled her with reckless exhilaration.

It also scared the pants off of her. Well, her panties were definitely coming off tonight, but not as the result of fear.

She retreated down the hallway and lurked by the door leading to the stairwell.  Taylor knew she was acting like a crazy person, but since Ryan’s room was only two floors down there was no point in risking an elevator run-in with someone they knew.  She wished she wasn’t such a coward, but just saying yes to this and then actually following through was using up her current store of courage, and then some.