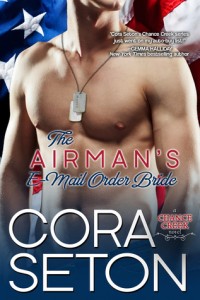 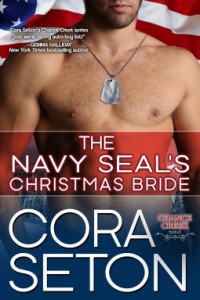 It’s Christmas time at Crescent Hall, but don’t expect peace, harmony and goodwill among men. When Mason Hall and his wife, Regan, invite their friends to stay for the holidays, sparks fly in an epic battle of the sexes, military style!

Navy SEAL Dan Hemmins goes head to head with soldier Sarah Metlin to prove once and for all that woman can’t possibly qualify for an elite branch of the military, but when Sarah proves she’s not just one of the most qualified warriors he’s ever met, she’s also one of the smartest and sexiest, too, he’ll do whatever it takes to get close to her, even if he has to challenge her to another contest…or three…or five!

Why do you need to read this book? Although when I originally read this one, I couldn’t figure out why it had been created. When I got to the end of the series it made sense. I loved the competitive nature of the two main characters. Short story with a quick pace and memorable characters.

The Navy Seal’s Christmas Bride is available on Amazon 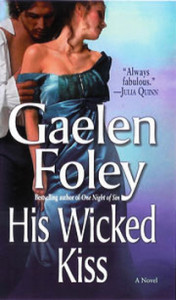 From emerald jungles to the high seas to the glittering ballrooms of Regency London, beloved author Gaelen Foley tells a sweeping, sensual tale of the ruggedly handsome Lord Jack Knight and the passionate beauty who lays claim to his heart.

An English rose blooming in the untamed jungles of South America, Eden Farraday lives a life of independence–unheard of for a lady–with her doctor–turned–scientist father. But Eden misses England desperately. When the dangerous and darkly charming Lord Jack Knight sails into her life, she seizes her chance to return to civilization, stowing away aboard his London–bound ship.

Roguish and charismatic, a self–made shipping tycoon with a shadowy past and a well–guarded heart, Jack is sailing on a vital secret mission. When the redheaded temptress is discovered aboard his vessel, he reacts with fury—and undeniable lust. Forced to protect her from his rough crew, the devilish Lord Jack demands a scandalous price in exchange for Eden’s safe passage across the sea. As his wicked kiss ignites an unforgettable blaze of passion between them, Jack and Eden confront a soul–searing love that cannot be denied.

Why do you need to read this book? This book brought the first part of this series to a perfect ending. Like the other books, I loved the characters, but Lord Jack is WONDERFUL!

His Wicked Kiss is available from Amazon

Eden made a note on where she had found the orchids, doing her best to shield her paper from the rain. The little capuchin monkey observing her from a nearby crook of the great tree swiveled his head and went motionless, peering upriver for a second.

Suddenly, the capuchin let out a warning screech and fled up into his leafy towers. Eden froze, scanning the branches around her and praying she did not see an early-waking jaguar.

Her heart pounding, she listened in fright for any sound above the soft, steady patter of the rain on the leaves and searched the surrounding canopy, knowing full well the animal’s spotted coat made it almost impossible to see until it was too late. She was trying to decide if it was better to be eaten there on the branch or to tumble into the river below, when suddenly, she heard voices.

Male voices, many in number.

And they were speaking English!

Turning to stare in the direction the capuchin had first looked, she now beheld a most astonishing sight.

A squat, tubby river boat pulling a barge piled with timber was emerging slowly from around the river bend.

Whatever are they doing here? she wondered as she stared with excitement bubbling up in her veins. Never mind that! This could be the opportunityshe had been praying for.

As the boat drifted closer, she studied the rough-looking men at the rails and lounging under the canvas shade on deck. Admittedly, they did not look like a promising lot, resembling so many pirates.

Many were shirtless in the heat, their swarthy hides tattooed and sinewy. Hope rose, however, when she noticed a young blond man striding toward the prow.

Unlike the others, he was quite fully dressed, though perhaps slightly wilted in the damp jungle heat. He seemed unwilling to be daunted by it. With his gentlemanly cravat in good order, cuffed white shirt sleeves neatly fashioned in self-conscious propriety, and ebony knee-boots, he looked like a proud and very correct young officer.

Her heart fluttered. Gracious, he was the handsomest creature she had seen in ages . . . until, following his progress, her gaze came to rest on the magnificent man that the younger fellow now joined at the rails.

An indescribable awe–or fascination–came over her as she stared at their kingly leader. She had studied animals long enough to be able to pick out in an instant which was the dominant male, and there was no question whatsoever that he was it.