It’s time again to announce some more winners!  I’m not really sure how these announcements get away from me…… 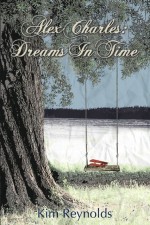 The Winner of the Alex Charles Series is Ruth H. from My Devotional Thoughts has won the first two books from the series.  Keep your eyes on your mailbox Ruth – the author – Kim Reynolds will be send your books ASAP!  I hope you enjoy them.

The second prize is a Barnes & Noble Gift Card.  That prize has been won by GD Bailey. 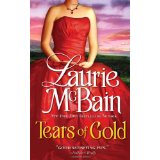 The third prize is Tears of Gold by Laurie McBain.  This book goes to Amy S.  Everything will be mailed this week.  I hope everyone enjoys their prizes!

Thank you to everyone who entered.  There will be frequent giveaways in the month of September so drop back often and see what I’m giving away!

Today I’m featuring a review of a book that I received from Sourcebooks for review – Tears of Gold by Laurie McBain.  This is actually a re-release from some years ago, but has been updated with a beautiful cover.  If you are interested in winning a copy of this book, just fill in the form at the bottom of the post.

Tears of Gold by Laurie McBain
ISBN: 978-1-4022-4245-8
Publisher : Sourcebooks
Release: August 2011
Source: I received a copy of this book to read and review from Sourcebooks

To many, she has a perfect life – freedom to travel the world, expensive gifts from wealthy men. Consummate actress though she is, she can never make herself believe the love is real. One more job. That’s all she needs to ensure her family’s financial future. And California is just teeming with gold. There, her daring impersonation will fool everyone….except one man.

Nicholas De Montaigne-Chantale
The wealthy Creole’s dreams are haunted by her laughing golden eyes. He will not rest until he has his vengence for what the temptress did to his nephew, no matter how far he has to go to find her. But once he meets mara in the flesh, he sees through her facade of rigid control and begins a new pursuit…one that will make her abandon everything to desire – this time to stay.

Mara O’ Flynn is the illegitimate daughter of a nobleman. She and her brother, Brendan were raised in relative luxury with their beautiful actress of a mother. Their mother was a nobleman’s mistress until she lost her looks they found themselves on the street. Mara’s mother worked as an actress until her death several years later. Mara and Brendan have been fending for themselves ever since. They both have worked in the theatre, but they are not against pulling scams to get them the money they need to continue to live. Mara, in frustration sends her latest conquest away in the cruelest way possible and then she, Brendan and Brendan’s son, Paddy, and Jaimie, the remaining family retainer, leave London. The next time we hear from the O’Flynns they are on their way to California on a ship to seek their fortune. What they don’t know is that fate will lead them to the person who wants to avenge his nephew.

Nicholas De Montaigne-Chantale was in London when he was called to his nephew, Julian’s house. His nephew has shot himself after being cast off by the love of his life, Mara O’Flynn. He didn’t manage to kill himself, only wound, and we find Nicholas waiting at Julian’s sick bed, hoping that he will recover. As his nephew rages with fever, Nicholas learns the details of Julian’s affair with Mara and vows revenge for the pain she caused. The next time we see Nicholas, he is a guest of the Californians that Mara and family are staying with as part of their latest scam. He knows that she isn’t the woman she is claiming to be and is determined to get to the bottom of the story.

Tears of Gold is a re-release from 1979. I was actually surprised to find that out as I was doing my research for this review. I often find that re-release books have a different feel to them. Difficult to put one’s finger on. I didn’t find that with this book. I must mention the cover. This cover has of course been updated since it’s release in 1979 and I find it to be stunning! Nothing like a beautiful gown on the cover of a book!

This story feels fresh and full of details. It has been a while since I’ve read a book set in 1800s in California. The Mexican/Spanish influence creates a unique flavor to the story. I find it takes a while to get used to the different forms of address and the other details that add atmosphere to the story. This story is well written. The story line flows along in a logical fashion without leaving the reader hanging at any point. I loved the reality of the characters. The Irish brogue coming through in Mara, Brendan and Jamie’s speech was delightful to read. This book has an epic feel to it. I’m not sure whether it is the location it is set in, or just the feel to the story line that creates this feeling.

I would recommend this book to anyone who’s a fan of American historical romances. Certainly a different feel to this than my usual Regency romances, but delightful none the less.